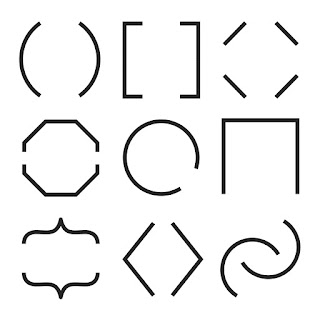 Both cuts of ‘Surge’ are similar in approach, Mr G’s being hard, stark and raw, (always a pleasure), while Steve Rachmad’s is more liquid and amoebic. Ben Sims’ take is a Claustrophobic, high tempo, syncopated shuffle, while Roman Poncet lets the track breath. This is a solid release that doesn’t tear up any trees. Each to his own I guess.
Posted by Pollux at Monday, May 29, 2017 No comments: Links to this post 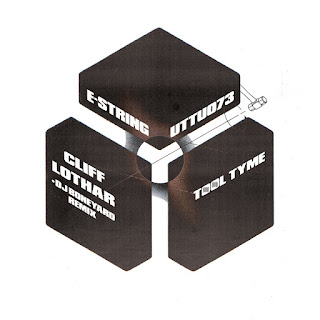 It’s tracky, visceral stuff this, without much to distinguish it except a kick and some nicely flexed vocal samples. That’s the title track anyway; DJ Boneyard hollows out a barrel organ led festival of diva cut ups and handclaps , giving a piano prominence at the expense of almost everything else. ‘Tool Tyme’ takes things down a notch, muddying the waters with its screwed wonkiness and glitchy discordance. It’s as if mid nineties Chicago has had a makeover and been shot in glossy, coke-fuelled relief.
Posted by Pollux at Friday, May 26, 2017 No comments: Links to this post 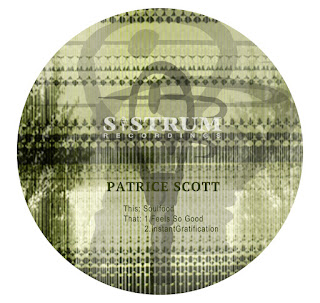 Patrice Scott is responsible for a certain strain of deep house. It’s certainly not unique, but he tends to make the genre his own whenever he releases a record. Blending the spiritual with funk and a strong layer of swing is his hallmark, at least that’s what I think. However, while this approach is evident on two of the tunes here, it’s when he dives deeper on ‘Feels So Good’ that he’s at his best. Overall, the trio here are saved from being lumped amongst the more generic examples of their type by an innate talent for manipulating the position of the many inflections which occur across their breadth, the summery disposition of the title track and ‘Instant Gratification’, being divided by the more bottom heavy.
Posted by Pollux at Wednesday, May 24, 2017 No comments: Links to this post 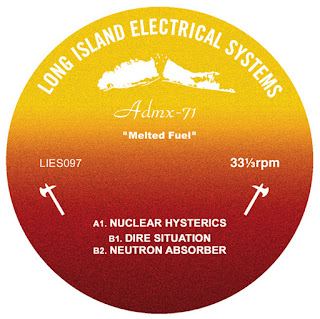 First up, I like the track titles. Conceptually, I’m in. Obviously not for the faint –hearted, but even though the layering and density is off the scale, there is a lot of room for the music to breathe. (I’ve just got the press release out as I’m writing this and what I’ve just written is almost a word-for-word copy). This is a full on percussive attack, for the most part, but there is also restraint and reflection. ‘Neutron Absorber’ lowers the intensity a little, but is insect-like and, therefore, a bit more unsettling than the barrage of beats that unfurls from its predecessors. What characterizes all three pieces is a finely tuned discordance that envelops the base elements from time to time, creating a fascinating, totalitarian ambience, which is highly structured, but liable to deteriorate the longer it lasts.
Posted by Pollux at Tuesday, May 23, 2017 No comments: Links to this post

The sands of time pass and I haven’t made a chart. One of the reasons for this could be because I haven’t bought much music this year. A lot of good stuff has come out, as ever, but I’m feeling a bit pickier in my old age. Part of the reason for this is that I’m still cataloguing my records on Discogs, when I remember, and I’m depressed at the amount of money I’ve wasted over the years. However, a lot of the shite I’ve acquired, and a lot of it is really crap, is still in demand somewhere, somehow. Discovering this kind of cumulative shite is enough to have you call your taste into question.

What never fails to gratify me, however, is the constant stream of the good stuff. It’s out there, and it doesn’t take much effort to find it, as long as you’re switched on in the first place. I’m forever grateful that my synapses have been wired to such a wide range of essential frequencies that I’m touched by everything, while at the same time being critically aware. Of course this state may put me in opposition to those who feel more in tune with such an environment, but I’m happy with my lot.

New sounds that have tickled my fancy recently are on the Stardub label. A series of anonymously released coloured vinyl pressings, (there is a core of artists behind it though), which champion dubby grooviness. Nothing complicated, just linear, chunky goodness with great mixing potential. Kindred spirits to the likes of Mosaic, but without the kudos built over years of bespoke strategy. A bit grubbier, but no less dancier. Another cause for celebration is the steady stream of Thule releases, both reissues and new stuff. What a timeless label; and it’s not that difficult, as long as you don’t fuck things up by overcomplicating a simple approach. We’re still ploughing a dubby, groovy furrow here, but this is what is currently floating my boat. I suppose it’s what is always bobbing along in my mind. There’s a new release coming on AE, its sub label, from Cold, who released the first tracks on Thule. He’s had something of a hiatus, one lasting more or less twenty years . . .  but now he’s awake and back on the case. Review imminent on these pages.
Posted by Pollux at Monday, May 22, 2017 No comments: Links to this post