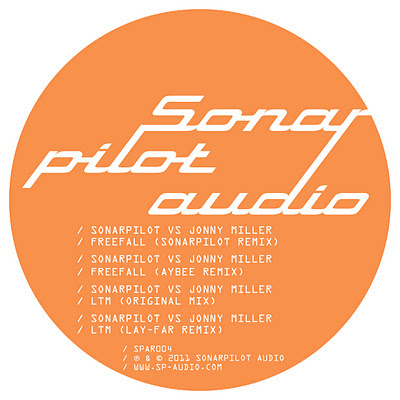 Read my review for Ibiza Voice here.
Posted by Pollux at Monday, January 30, 2012 No comments: Links to this post 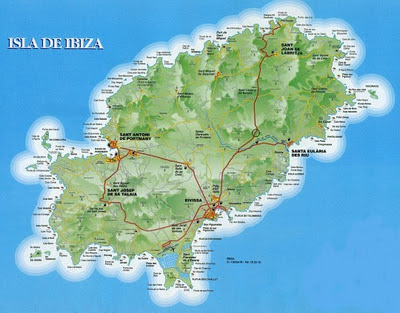 Read my interview with the dynamic duo for Ibiza Voice here.
Posted by Pollux at Thursday, January 26, 2012 No comments: Links to this post

Confessions Of A Completist 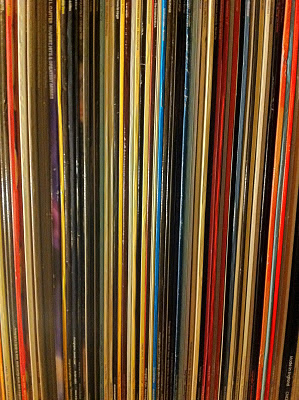 How many dodgy purchases have been made due to that unstoppable urge to complete, to have the set? What's the psychology involved here? To have something beyond all reasonable critical criteria? Sometimes I feel that I must be one of the worse. The amount of money I've parted with just to have the last piece in the jigsaw, only to get it and find it wanting; no matter though. As long as it's filed away, as long as I know where it is . . .as long as I'm the only person who can use it, play it, touch it . . .Under these circumstances it's just as well I'm the only person in my house with a legitimate interest in modern electronic dance music. My twenty year-old stepson likes hip-hop, but of the gangsterism variety and thinks Lil' B can't rap, although I suspect he dislikes him more for making an album called 'I'm Gay (I'm Happy)'. My twelve year-old is, as you would expect, influenced more by his older brother than by me, so Wiz Khalifa is currently at the top of his playlist, as well as Lil' Wayne and Kid Ink. The Missus used to have great taste, but that has sadly evaporated and now her playlist is decided by whatever's on the car radio. While I'm typing this in the bedroom, i've got Intergalactic FM on. Current tune, Ultradyne - 'We Are Eternal, Return Of The Five' This type of ambience generally sums up my musical taste as far as my family are concerned. Druggy, geeky shit that you'd have to be off your cake to have an interest in.

Every time I'm accused of " . . .just being concerned with my own stuff", an accusation that invariably arises after having been seen dusting my 1210's and CDJs, not to mention the rest of my "rig", I wonder what life would be like chez moi if I was really fastidious. Obsessive to the point of it becoming medically interesting. I remember when I lived in the States for a year, exactly twenty years ago in fact, and I was walking down College Avenue on the Rutgers campus in New Brunswick where I was studying, and someone I knew whose name I've forgotten had just bought a copy of the then new Beastie Boys cd 'Check Your Head'. I tried to take the cd insert from out of the box to unfold it so I could have a look. Whoever it was wouldn't let me though, telling me that he was "really anal" and, therefore, I wasn't allowed to paw said document. I do remember he looked, and for the most part acted, like a hippy, so no surprise there then. he's probably anticipating the Republican nomination of Newt Gingrich as I write with salivating lips. Open marriages will be cool then.

I'm just as bad though, and that worries me. I have no problem with people using, or fingering my things as long as I can be sure they're going to respect them. Track records aren't good though. My other half has lost or broken almost everything she's had of any worth. A Leica camera and a really, really good Sony Walkman, but I mean a really good one. I've wanted to buy her some nice gadgets but she just doesn't "get them." I think she's winding me up. I bought her a Buddha Machine as a test. If she breaks that at least the outlay won't have been too crippling. The kids know better than to ask to use small, integrated electronics that belong to me, but truth is they aren't really that arsed. Having said that, they're welcome to, as long as I control the environment. Again though their trail of decay and destruction rivals that of their mother's. Broken laptops, camcorders and headphones don't fill me full of confidence.

At least my record collection isn't alphabetically ordered. When labelling I go against the grain, preferring to put track name first rather than that of the artist. I would have to make an exception if mass compartmentalisation took place, so I have resisted so far. There are groups of releases roughly arranged according to genre, feel and impression. Arbitrariness is a virtue as far as music is concerned, impression also. While I appreciate the depth of feeling that goes into making the best tracks, I'm not always certain that critical reciprocation is warranted. Strange, you may say, (if you react at all), that someone who spends time writing music reviews shouldn't really care what people think of it. Well I don't, so there. I'd be writing this blog regardless of the possibilities of anyone reading it. I prefer not to engage in Internet jousts and "debate" because it doesn't really exist. There are points of view, and put-downs, and no middle ground between discussion and argument. However, I'm certainly not vain enough to think that mine is the only opinion that matters, it just does, along with many others.

So where does electronic music get off in all of this? Well, it's the soundtrack to my day and informs most of what I do, along with a few other things. It's not regarded as an arbitrary fact of life, more like a concrete one which contributes much on a subliminal level. I'm always listening, and when I do so, I'm on the floor wherever and whenever, linking beats to beats and experiencing flashbacks and deja vu. At the moment I'm listening to a set by Ben Annand, his '122011-1' freely available on Soundcloud along with many others. He's a Californian DJ who totally encapsulates the Wiggle vibe. The excellent Finn Johannsen is always getting lots of love from me whenever possible, and his new electro mix for Mnml Ssgs is an education. There's a new Andy Weatherall to listen to, recorded at the Back To Basics 20th Anniversary in November, a mix by Boris and Prosumer from the Honeysoundsystem in San Francisco last March, the latest Teshcast by Edit Piafra, three from Luv Jam, someone whose tracks i'm enjoying a lot at the moment on Electric Sheep and Black Sheep Trax . . .a mix by one of the Romanian Arpiar crew, Rhadoo, again from last November . . .the last Ben UFO set from Rinse FM, Norman Nodge's set from Berghain from the 14th of last month, the Two Bears Essential Mix from last Saturday, Milton Bradley's Smoke Machine podcast, Field Recording 033 | 19.454.18.5.25.5.18, and the last FACT mix by Blondes. The only way to listen to most of the is while I work, or at random. It's the soundtrack to my own personal space and it's non-stop.

Posted by Pollux at Wednesday, January 25, 2012 No comments: Links to this post 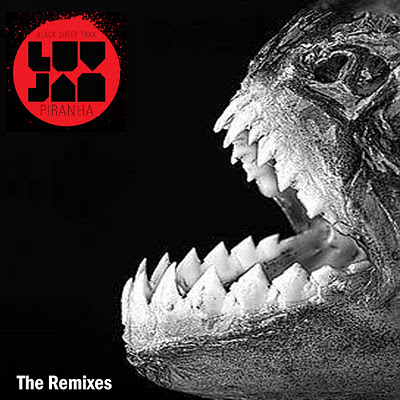 Read my review of Luv Jam's 'Piranha The Remixes' for I Voice here.
Posted by Pollux at Tuesday, January 24, 2012 No comments: Links to this post 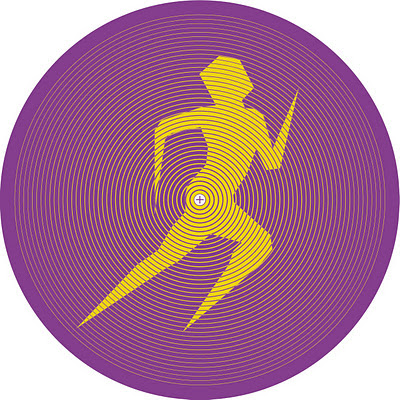 Read my review of the Rimshooter's slo-mo acidic Italo offering for Ibiza Voice here.
Posted by Pollux at Monday, January 23, 2012 No comments: Links to this post

When I Sold My Soul To The Machine

Inspired by listening to Intergalactic FM - I don't know why it's taken me so long, I listen to it every Sunday - here are the five parts of the excellent DIY doc "When I Sold My Soul To The Machine." The link used to have a download option but doesn't anymore. I'll post one if I find it.
Posted by Pollux at Sunday, January 22, 2012 No comments: Links to this post

Posted by Pollux at Sunday, January 22, 2012 No comments: Links to this post 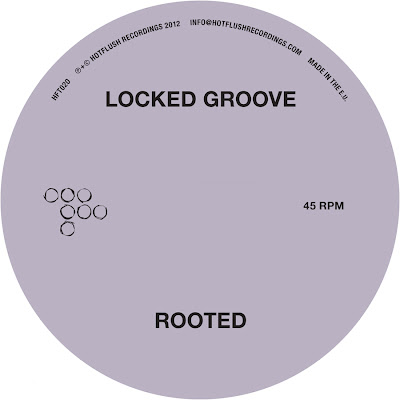 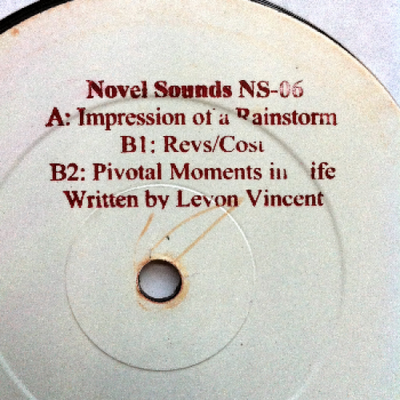 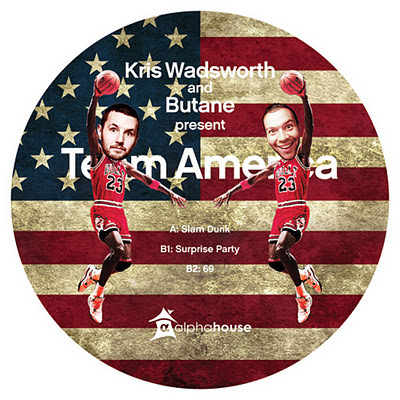 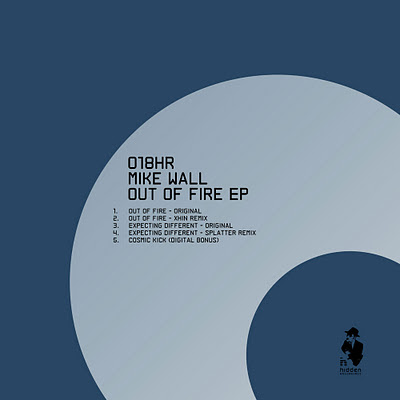 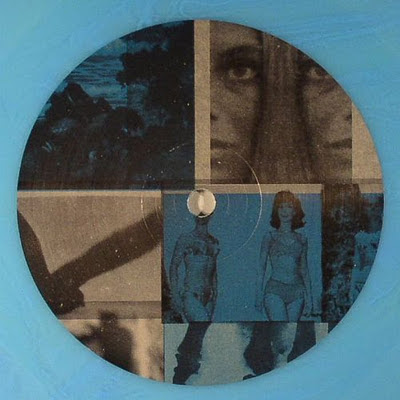 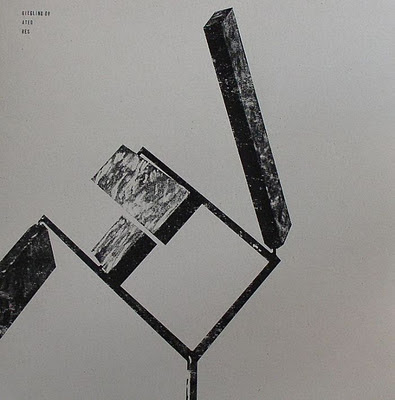 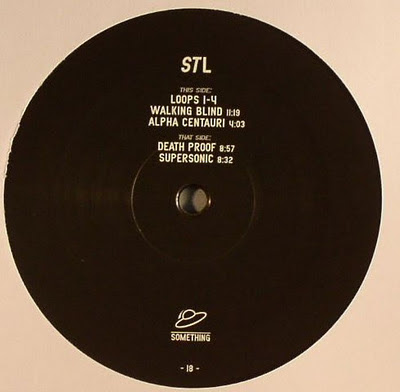 When The Time Has Come - STL (Something) 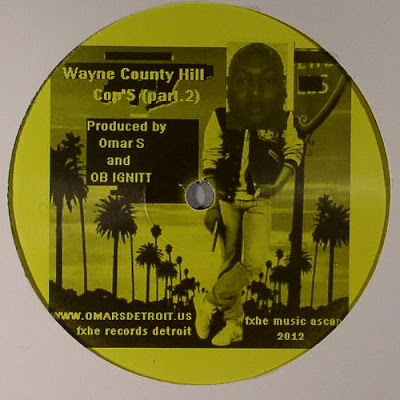 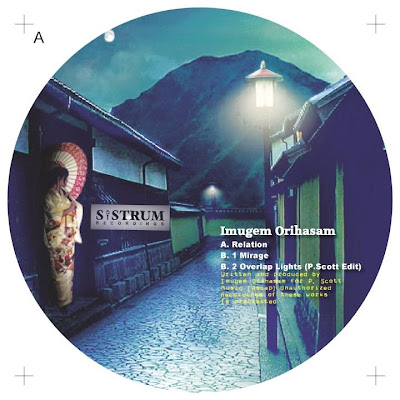 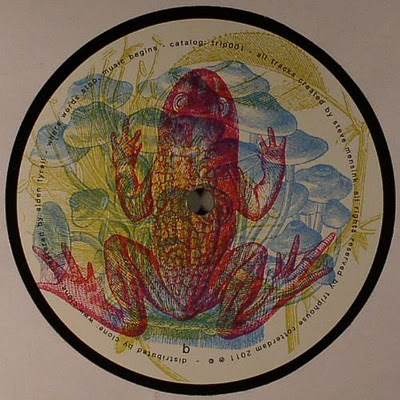 Posted by Pollux at Sunday, January 15, 2012 No comments: Links to this post 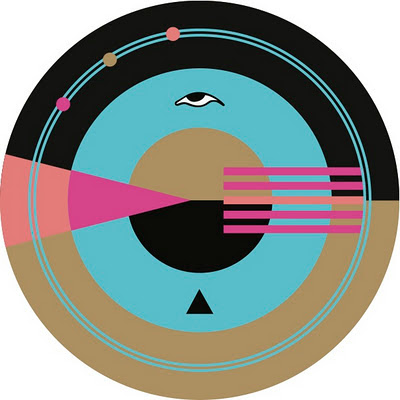 A fine way to bring in the New year. Read my I Voice review of the latest on Visionquest here.
Posted by Pollux at Tuesday, January 10, 2012 No comments: Links to this post