Iron In The Soul by Cacophonous Bling on Mixcloud


This is something I recorded at the beginning of the month, but forgot about; (doesn't sound like much of a recommendation, does it?) In any case, after listening to it a few times, any gallops are fleeting at best in the grand scheme of things, so I've decided to upload it.
Posted by Pollux at Wednesday, December 24, 2014 No comments:

A Short Chat With Steve O'Sullivan 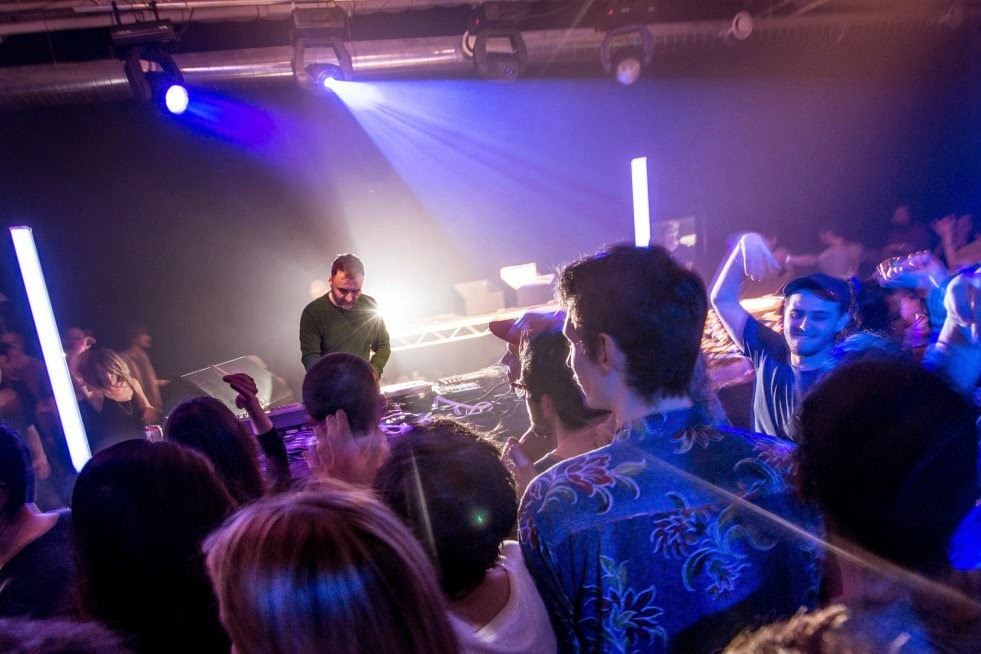 Steve O’Sullivan started releasing material in the mid-nineties, on Russ Gabriel’s Ferox, as well as his own Mosaic and Green labels and Soma. He has recorded under a variety of aliases, as well as his own name, and this short chat coincides with the release of his first original material for some time, a one-sided slab of vinyl, ‘Kutchie Dub’, under his Wise Caucasian pseudonym. He’s probably best known for his take on dub techno, but to limit him to any cavernous, vague, ambient explorations would be wrong. His music, and that of his labels, particularly Mosaic, which was revived last year, does so much more and over the years has come to be regarded as seminal, not just for the music released, but for its philosophy and all-round aesthetic. Steve was kind enough to answer a few questions I put to him through the miracle of social networking.

How did it all start for you, and would you say that your musical upbringing was typical?

Well, I guess the real starting point was the effect that listening to electronic music had on me in my teens. There was so much fantastic music being made at that time and then, of course, house and techno came along and pretty much changed my life. The DIY aspect of techno, in particular, attracted me and before I knew it I'd started to produce and here I am, 20 odd years later, talking to you...

Mosaic, Ferox and Solid Groove have all started releasing music again over the past year. Coincidence, or some shadowy plan for world domination?

Definitely Coincidence. World domination would never be possible with the type of music we put out. I really can't see Steve Aoki and the EDM crowd suddenly playing our tunes...thankfully!

How, if at all, does the techno and house which characterizes the productions coming out on Mosaic, differ from similar fare?

Well I think it's important to make sure that the tracks I put out don't sound like every other new release out there otherwise there would be no real point in running the label.

In terms of characterising the sound I like to think that Mosaic has a clearly identifiable sound or vibe , even if that sound changes from release to release, but I'm probably too close to the music to critique it or sum up adequately what makes a Mosaic record stand out. All I can say is that I've never had a business plan or goal other than to select tracks that I love and cut them so they sound the way I like music to be heard. I know that doesn't answer the question but honesty is better than bullshit, right?

I read in an interview with TEA, which you did at the beginning of last year, that you “hit a creative wall”. How easy was it for you to come back into music, and what can we expect from your upcoming EP?

Well you never forget how to produce but ideas and inspiration tend to ebb and flow. Finishing tracks became a big problem for me and the longer that went on I just got stuck in loop mode. So I took a break and six months became a year and then nine had passed.

A couple of years ago I just started to enjoy the whole creative side again. It kind of felt like the early days when I was just making beats for fun and it was at that stage that Sushitech got in touch and we spoke about ideas for some new projects.

How easy was it? Well, effortless if I'm honest. Although I wouldn't dare play those early tracks to anyone: I think all producers have to get a few turds out of the way before something more special comes along and some of those early ideas were far from great!

As for the new stuff...I've always been a believer in only releasing music that I would buy myself and never just to fill a place in a release schedule so I've consciously limited what new music would see the light of day over the last 18 months. I decided about a year ago to work entirely with hardware again and use the computer only as a tape machine and since making that decision things have just started to sound and, more importantly, feel better! So much so that I think some of my recent productions are up there with the best of my tracks from the 90s.

I recently resurrected my 'Wise Caucasian' alter ego for a single sided 12 that has just come out on Sushitech and that, together with a recent remix on an Italian label called Sorry For This, are probably two of the best dub techno tracks I've ever made.

Early next year I have two EPs on Sushitech coming, one 12" of deeper techno and another of more minimal techno in the vein of my old green series from the 90s. I also have a remix for Burnski's new label, Constant Sound, coming which has one of the phattest bottom ends that I've ever managed to achieve in the studio.

All in all I'm pretty excited to see how these new tunes go down and hope that they resonate with those who have appreciated my sound over the years.

What is it about the current musical climate that persuaded you to start again?

As I said already I only started up again as the enjoyment of the whole production side of things had come back- I had a bad case of writers block up to that point.

I never shut myself off from what was going on over the years but, if I'm honest , I wasn't as immersed in things as much as I was when the label was running or as I am now.

Having reconnected with things after my break I gotta say I have been really encouraged by how things are going both in terms of the music being made and the enthusiasm of the promoters and DJs who are making their mark. The most inspiring thing, though, is that it's the younger generation who are leading and moving things forward rather than old timers like myself.

Are there any plans to revive Bluespirit or Bluetrain? If so, would your focus on the finished product be much different from that of Mosaic?

I'm not sure as they were both of their time but It's funny that you mention it as I've just been working on some Bluespirit style beats this morning. If I'm still happy with those in a few weeks time then maybe we could see a revival of that name.

As for Bluetrain I think if I'm ever going to use than moniker again it will probably be for some serious dub , non 4/4 stuff, but whether that happens or not will depend on how the studio sessions go.

How important is it to release exclusively on vinyl,

Well I'm not a vinyl purist by any means but there's something special about the way this type of music sounds on vinyl that I love. Audio purists may argue about the imperfections of the sound, but a piece of vinyl can look quite beautiful, especially if you take the time to cut the music in interesting ways. I've always cut my records so that they look unique as  well as sounding unique .

Is the selection process for artists on Mosaic now any different from the first time round, and who would you like to have on the label that you haven’t managed to recruit?

Most definitely different. I started the label up again to give new producers the chance to be showcased alongside more familiar names. So that now involves listening to hundreds of tracks each month whereas in the past the majority of artists were either friends or guys I had approached directly.

There are loads of names that I would still like to recruit but I will keep my mouth shut just in case my mentioning it here jinxes things!

My main goal with the split series is just to find new talent and the new artists I've had involved so far are amazingly talented. Hopefully I can find a few more.

Your work on every label that’s featured you has been characterized by a soulful, deep dubbiness which also has momentum and can be as floor-focussed as it’s possible to be within the confines of which you work. Few producers can pull this off. What’s your secret?

Secret? Well there's not much to it if I'm honest. I love a good kick drum, some heavy bass and I can't play the keyboard and those limitations led to the sound I have.

Having said that, with minimal music it's all about the placement of sounds and percussion and how they relate to each other and we all have our own unique way of doing that, so, I will take the compliment graciously!

Who/What are your greatest influences, musical or not?

Robert Hood, Adrian Sherwood, Jeff Mills, Maurizio and Nitzer Ebb... The list could go on forever but those are probably the most evident in my work.

Could you give an all time, genre irrespective, top five?


Friendly as a Hand Grenade - Tackhead 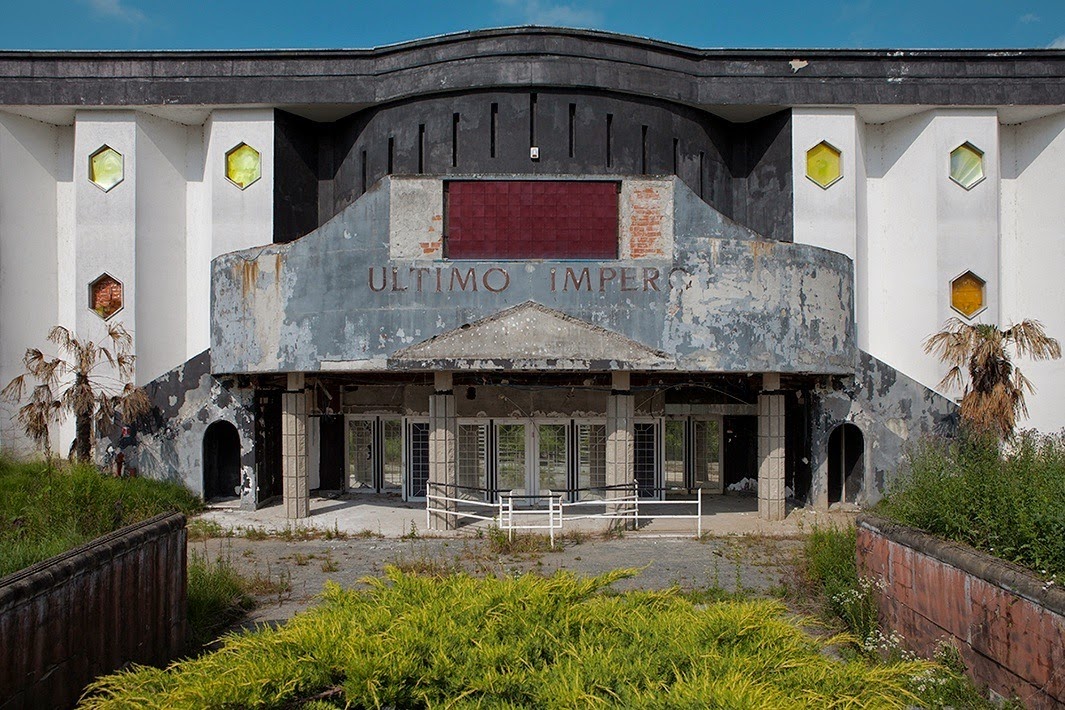 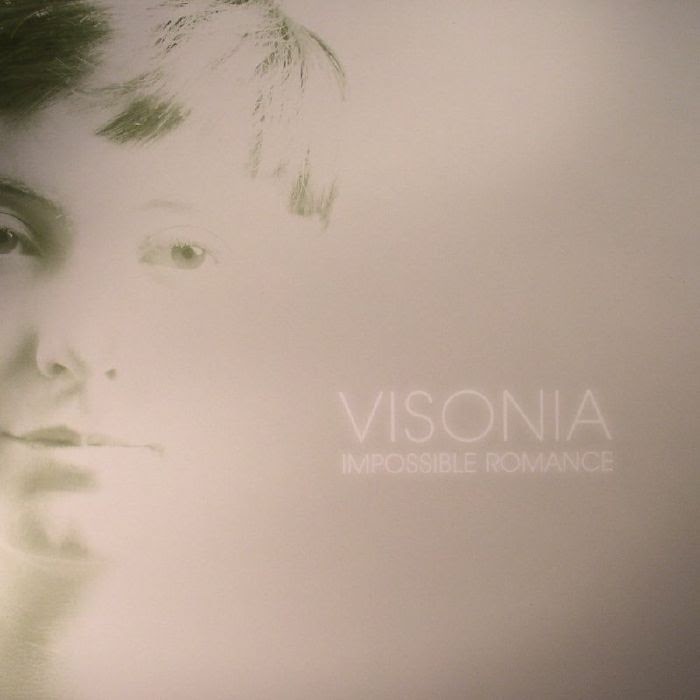 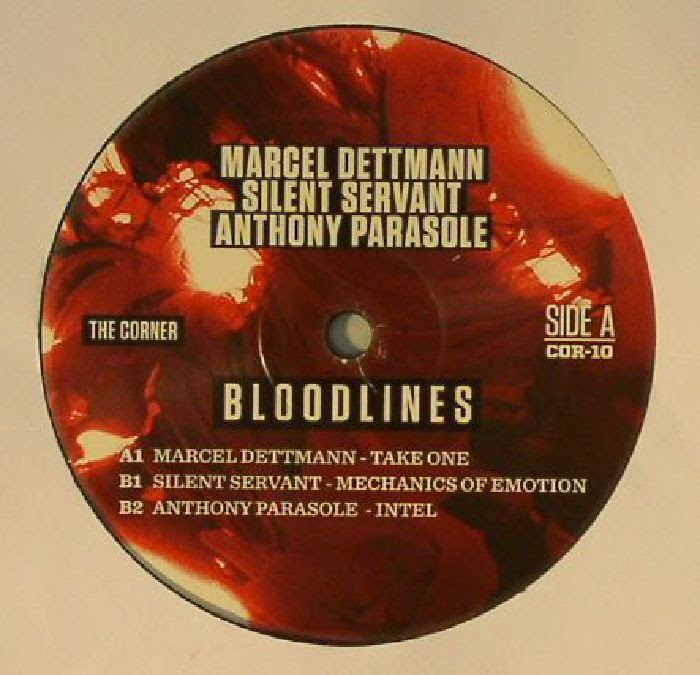 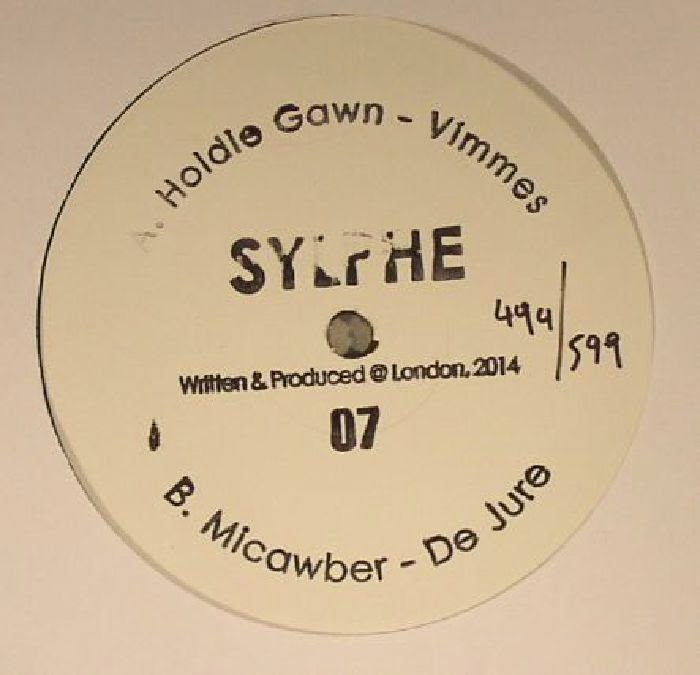 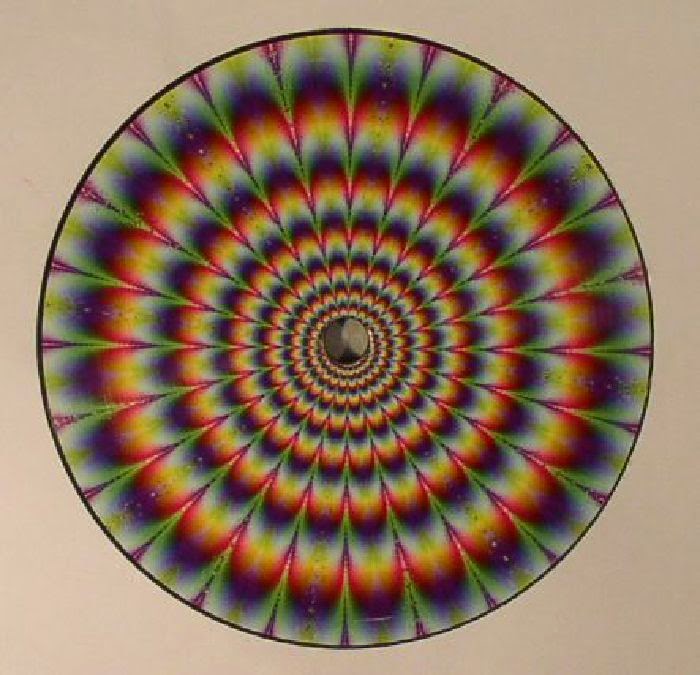 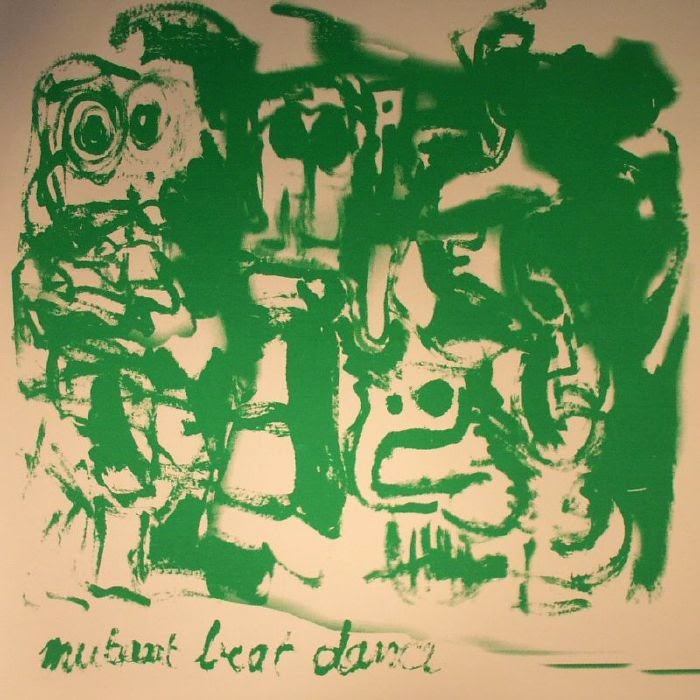 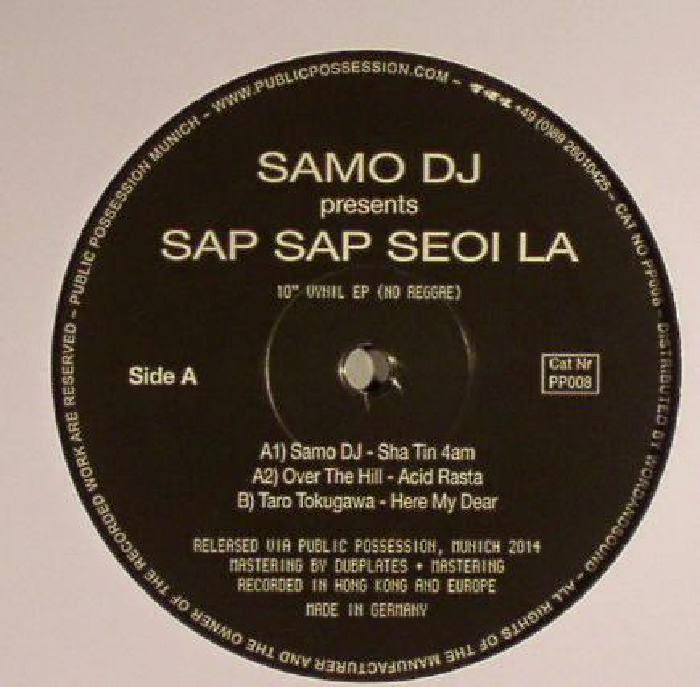 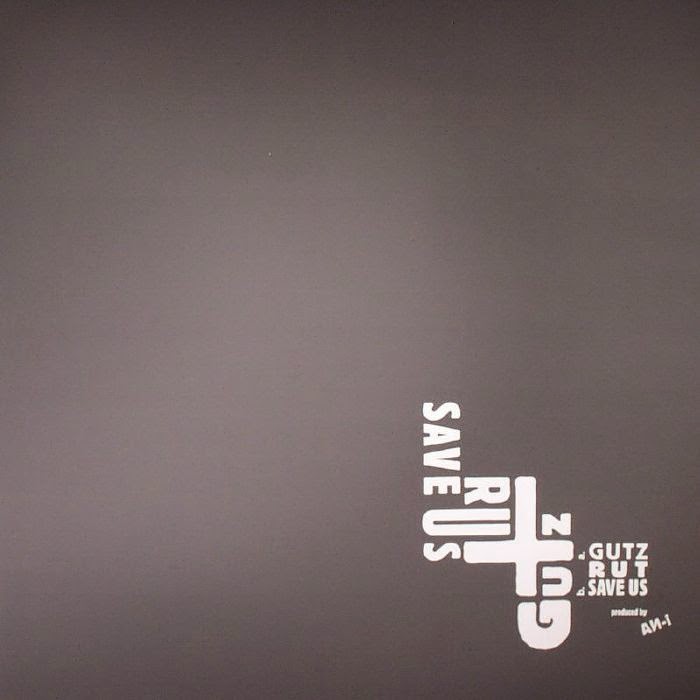 Gutz – AN I (Cititrax/Minimal Wave) 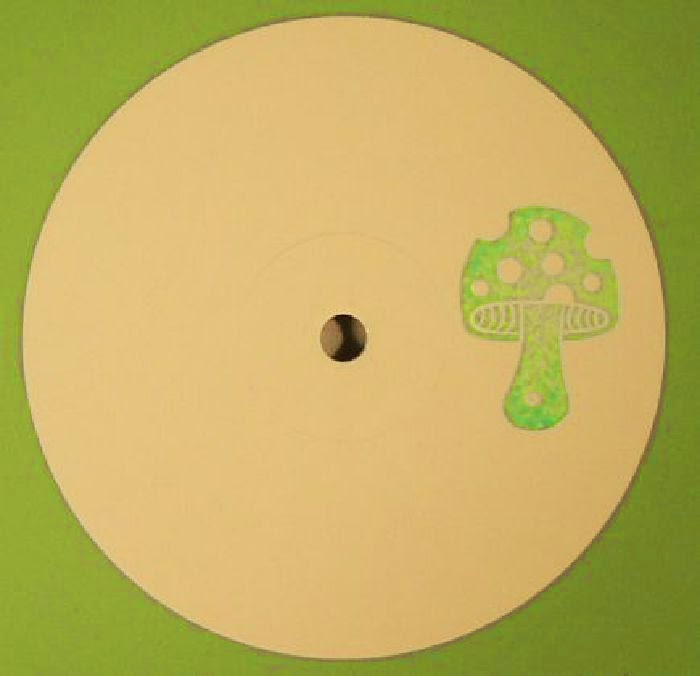 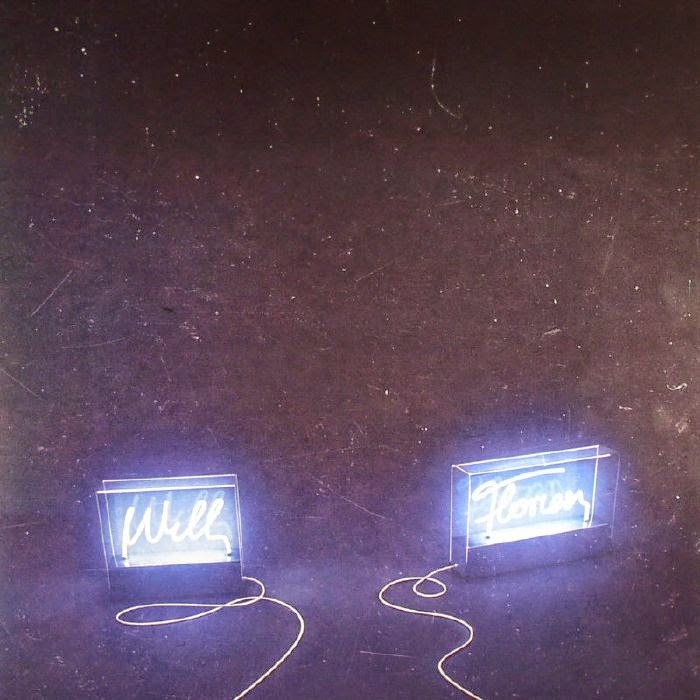 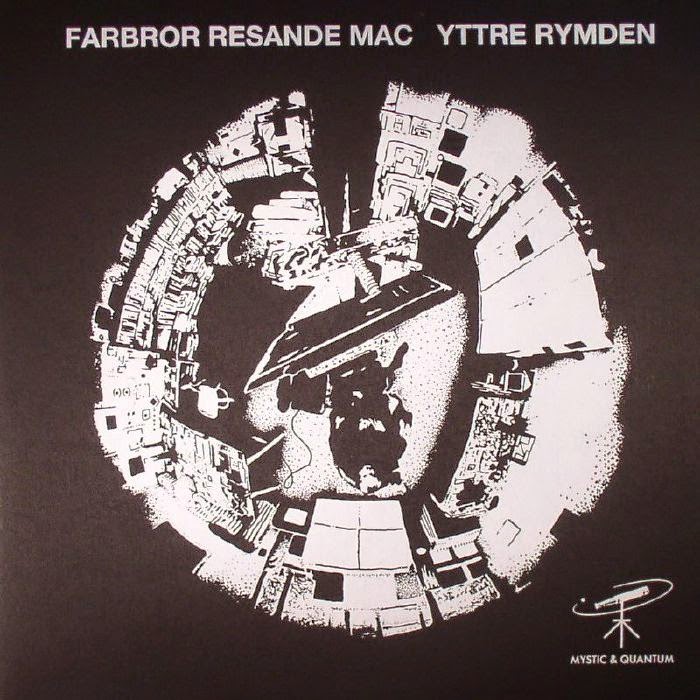 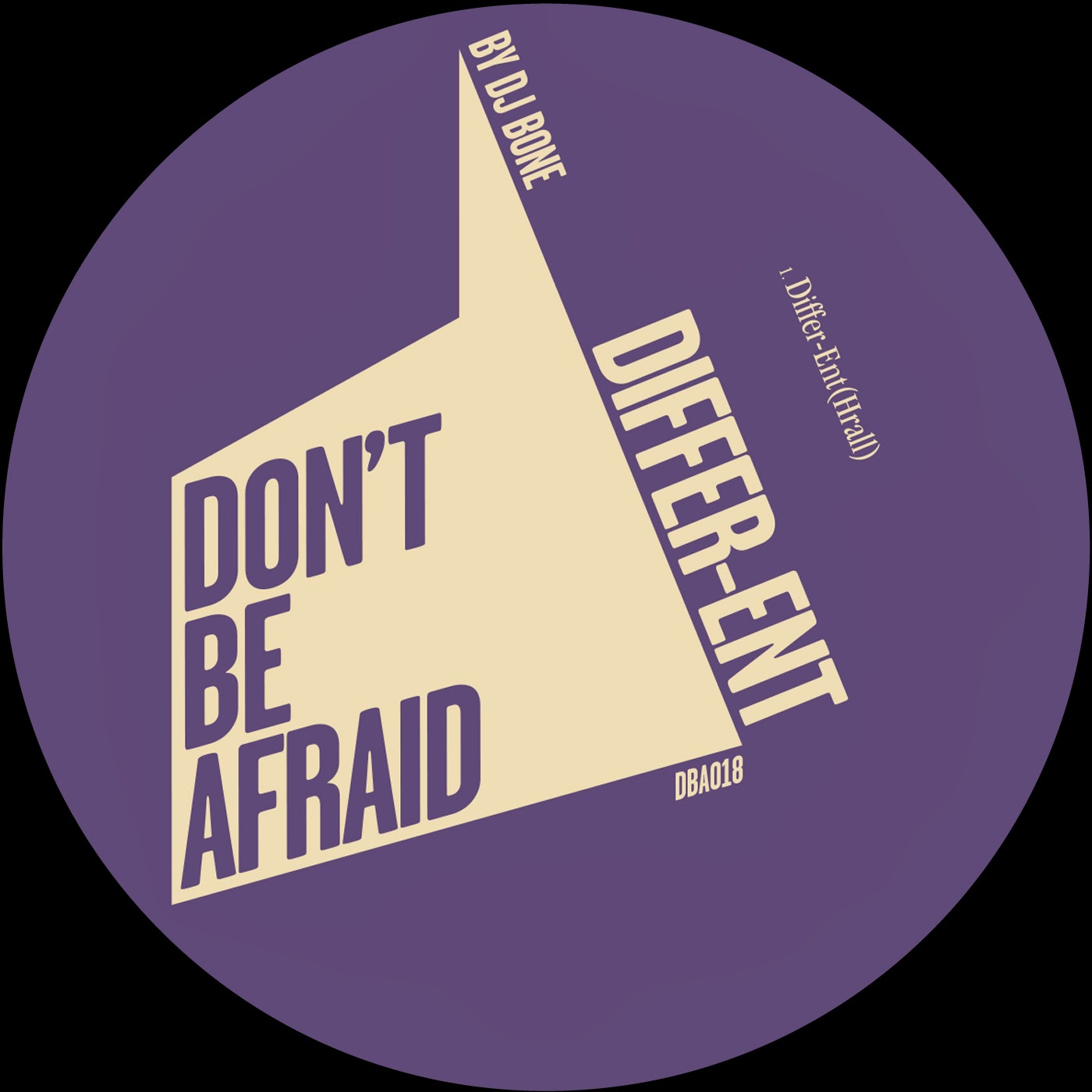 My youngest son is doing some homework at the moment which involves completing a crossword in which the skeleton makes up the words. The perfect reminder then, to write this small, but overdue piece on DJ Bone’s debut release from his alter-ego, Differ-ent. The sound is crystalline and, like this review, concise. ‘Different (hrall)’ is an insistent, linear dialogue with west Africa, while ‘Different (ity)’ is its tonal opposite, sacrificing intricacy for the more wide-open spaces of a sinister, softened around the edges, dub–imbued industrialism. Both tracks are sharp as needles, full of clarity and, as examples of repetitive beats, stand out from the crowd.

Chris Mitchell On The Ones & Twos

Came across this the other day and, as I'm a sucker for watching DJs doing their thing, particularly when shot in good quality, decided to post it.
Posted by Pollux at Saturday, December 13, 2014 No comments: 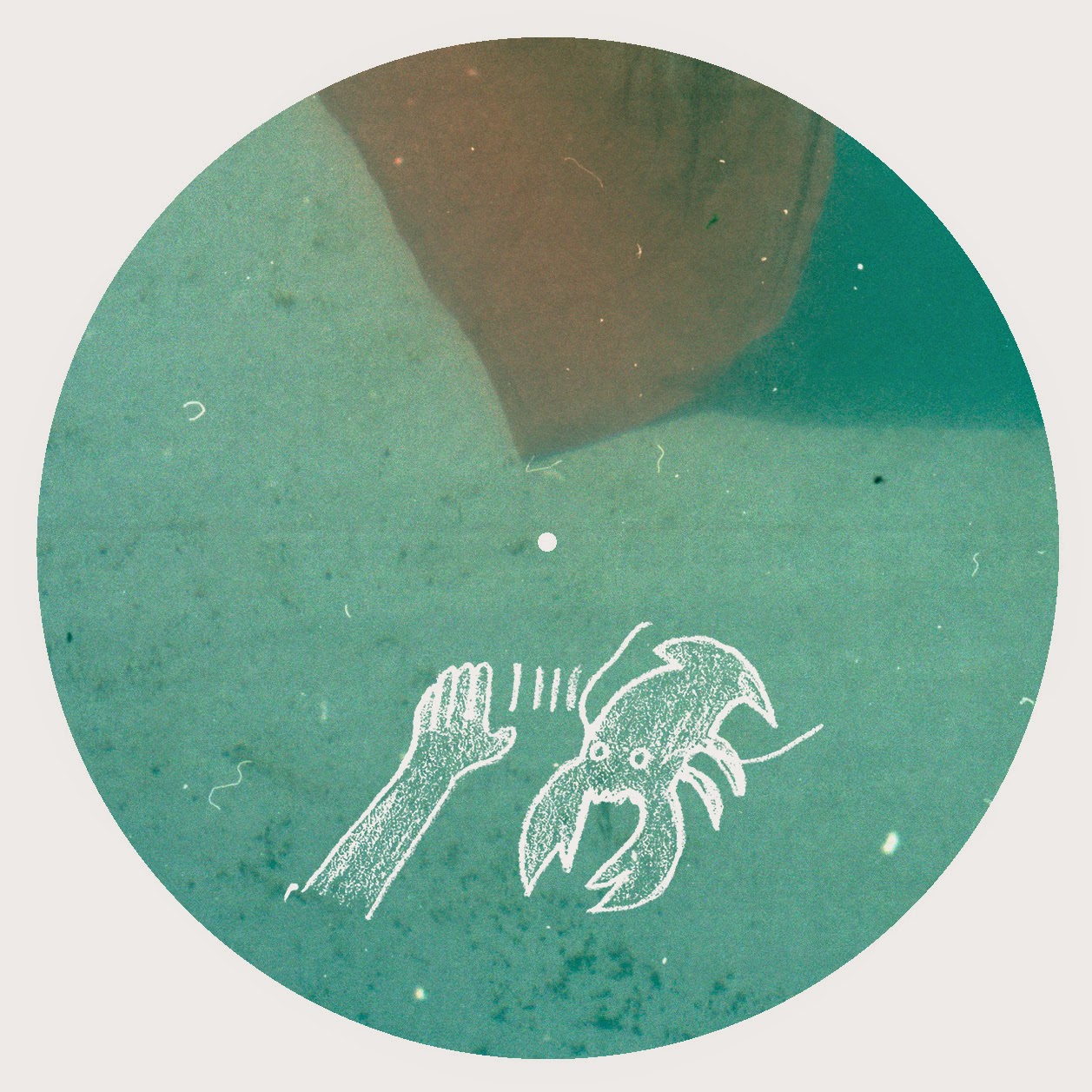 Here be my review of the upper-case challenged sonofdistantearth's release from the increasingly essential Lobster Theremin.
Posted by Pollux at Thursday, December 11, 2014 No comments: 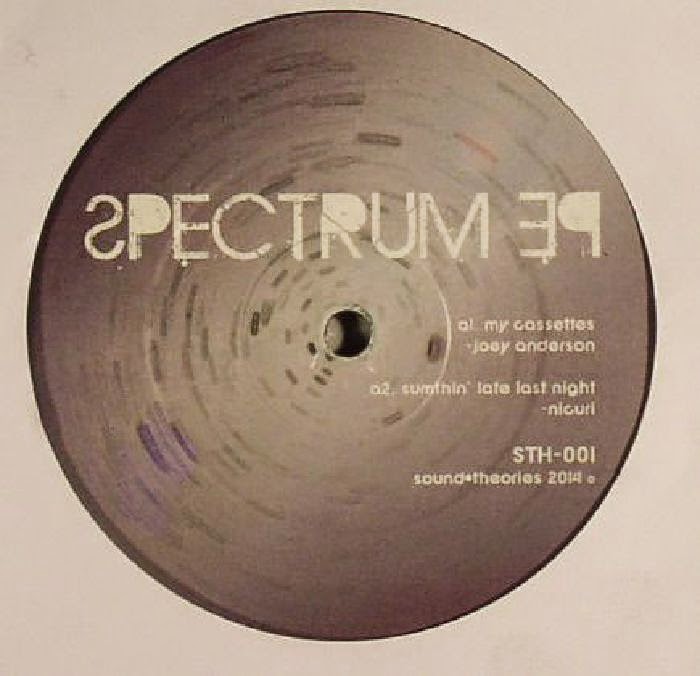 I wrote a few words about the debut release on Nicuri's new label for Ibiza Voice. Check it here.
Posted by Pollux at Monday, December 01, 2014 No comments: