The Heat Is On

Off on holiday tomorrow so that means no posting for a week. Of course this gives the impression that I'm never off this blog, which is slightly wide of the mark. If I could it would just be a repository for high-quality incisive wit and observation, but one has to be inspired, and I'm mostly knackered.

Anyway, in between righting various reviews, interviews and giving feedback to sundry agencies on the state of the promos they're sending me, I manage to eke my way to the weekend. That's about the size of it I suppose. The promo situation is especially grating. I've just reviewed the current Hardrock Striker release on Skylax which is backed with two versions by DJ Sprinkles, aka Terre Thaemlitz, who also alludes to the promo situation in a recent interview on Mnml Ssgs and takes issue with the use of the word "support" that accompanies various campaigns. It's loaded with deception and bollocks. The ticking of the requisite box of course allows distributors and labels to credit themselves with using your name, even though it's more than likely that said record won't ever go near a set, or at most will be rendered in Ableton where its constituent parts will be atomised and reanimated in another form. Kris Wadsworth recently hit the nail right on the head by declaring himself a "promosexual." I had no idea that the term actually existed and thought that Kris had cleverly coined it. He has adapted it though to define himself as a person who only wants to be targeted by agencies and labels whose music he likes (I think I got that right, can't find his original comment on Facebook). In any case, here's the actual definition.

The weather is definitely looking up in the UK at the moment. It's about 25 outside as I write, far too hot to be walking around unless you've got a good excuse. Rather typically, it's a good 8 degrees cooler in Beziers, where we're going tomorrow. Timing is everything I suppose, so who is going to get it right this year?

The Hot Natured posse can't fail to hit similar heights to those already reached last year, along with kindred spirits, Soul Clap, (who seem to have been the butt of some recent hating, for some reason, I would hazard a guess because of their knack of convincingly ghosting behind a mass of reediting while, to all intents and purposes being astute business men and party animals), and Wolf & Lamb. Audiofly are duo who have been hovering but still really need to make their presence felt. They could start by producing something distinctive I suppose. What depresses me more than anything else I suppose is that so many of the promos I decry as being bland, formulaic sunshine shite have every chance of finding their ways into the sets of DJs I really like and I'm sure that this could be avoided if it weren't for the incredibly incestuous world of electronic music. OK. That's the decadent international party circuit generalised and glossed over. What about the rest? (To be continued).

Anyway, maybe a lot of the bilge being sent my way can be stopped. I'm partly to blame I suppose. I rarely refuse a friend request on Resident Advisor so who's to know what I'm going to be sent, from who and from where. I'm well aware that I sound like a terrible snob saying this but standards are slipping. The diy legacy formulated by punk has gone into overdrive since the advent of the mp3 and digital djing. It's not the format that's the problem of course, but it's ease of use and its a problem. Nowhere more so than on Juno's pages over the last few weeks, where they have started to list digital releases alongside vinyl ones. I may not buy the vinyl, but I still don't want to see it classified against all the digital drivel that is released every single day. Juno is now unviewable when in this state, although it seems to be quite arbitrary. Sometimes it's like that, sometimes not. I'm sure when the Desperate Bicycles started pressing their own product and making their own picture sleeves out of paper bags they never anticipated this.

Anyway, I'm on holiday tomorrow. Next weekend a very late April chart. Have a Happy Easter.
Posted by Pollux at Saturday, April 23, 2011 No comments: Links to this post

A Couple Of Bits Before A Well-Deserved Break 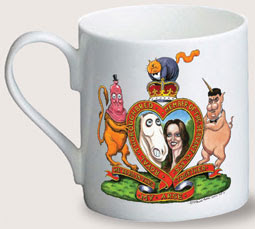 I'm off on holiday from Sunday for a week, and of course I'll be away during the royal wedding. Anyway, I managed to get a couple more reviews out of my system first, so click here for my review of the imminent 'Hot Waves' comp, and here for my review of 'Memories' by Antonio Olivieri on Darkroom Dubs.
Posted by Pollux at Tuesday, April 19, 2011 No comments: Links to this post

Read my badly-received review of the 'Been Touched' EP by Darlyn Vlys for Ibiza Voice here.
Posted by Pollux at Friday, April 15, 2011 No comments: Links to this post

Follow this link for the tracklist
Posted by Pollux at Saturday, April 09, 2011 No comments: Links to this post

This is pretty depressing stuff. It's difficult to believe that one's watching a pretty well-rounded artist in the shape of Luciano sucking Satan's cock so readily. Having said that, it's really just the final nail in the confirmation of his descent into shite. To his credit Carl Craig looks fed up, he's probably saving his energy for one of the ladies dancing along behind him.
Posted by Pollux at Tuesday, April 05, 2011 No comments: Links to this post 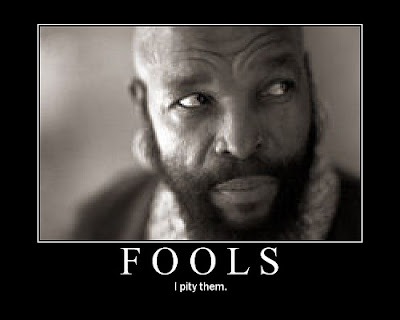 Head over to my Tumblr mix site for my latest effort. It's a much-improved in every way version of what I put up a few weeks back, which has now been consigned to the trash. The tracklist will appear in around a weeks time.
Posted by Pollux at Saturday, April 02, 2011 No comments: Links to this post