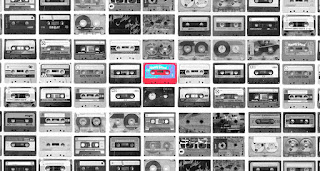 More than at any time, now it is so important that anyone producing a mix to be published online takes the trouble to write the track list. I have no idea of how record sales, vinyl and digital, are faring. However, it’s clear that people are still playing music and uploading the results. Music production hasn’t slowed down, but artists are finding it more difficult to make ends meet. Track lists should be published as a moral duty to help those in need. One of the best places to go for new music, Rinse FM, hosts an amazingly diverse range of DJs representing all stripes on the electronic spectrum. They, and others like them have it in their power to make publishing a full and detailed track list a requirement of all shows. Of course there is the thrill of the hunt. Discovering new music on one’s own is always the best way, but for now at least, the time to keep tunes secret should be over. There should be no competition anyway. Some DJs will always have new music first, and sharing information about it won’t directly result in others being able to access the same tracks unless they have a direct line to the supplier. It’s childish to be selfish about this and to indulge in oneupmanship. It doesn’t improve any skills, rather it enhances the idea that curation is everything, and that those with the best collections are superior. They aren’t, but making use of as much music at one’s disposal and sharing it is something to be celebrated. 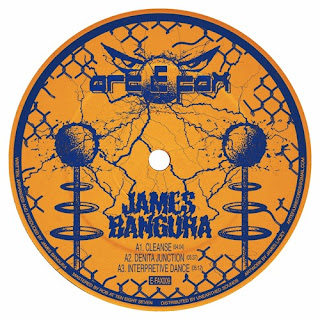 B3: Texts Of Murakami

James Bangura might be a relatively new name with a small discography, but on the strength of these releases he is in the process of establishing himself as the thinking persons’ cosmic stoner sound tracker. I say this because that’s how I feel while listening to his music, even in the depths of an early December evening in Suffolk. It’s dark outside and pouring down, but of course I’m not here. I’m off practicing primal scream therapy and doing double jointed yoga in the shadow of the Pacific coast. That’s how I’ve been rolling most of the year as it happens. I do love releases like this though: concise and dynamic with amazing range and imagination with a great use of samples and an unwillingness to be pigeonholed. Listening to this in December thinking that it’s never too late to release one of the most complete records of the year, then realising it doesn’t come out until January, so it’s never to early either.

Posted by Pollux at Wednesday, January 20, 2021 No comments: 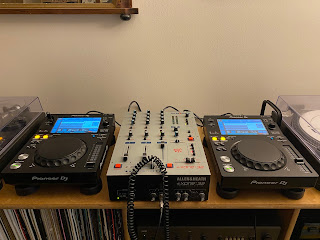 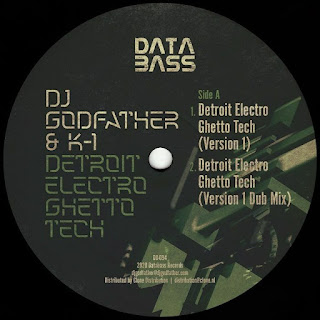 It’s not difficult to know what’s going on here. DJ Godfather and Keith Tucker, two of Detroit’s most illustrious electro exports, join forces to produce something which, even though I love it, is preaching to the converted. The two tracks, versions 1 & 2, are different enough from each other to maintain interest; K-1’s filtered vocals being spoken in the former and more lyrical in the latter. The funk is also variable, with both versions rolling in a suitably sinister fashion, version 2 being more offbeat and liquid, version 1 more angular and throbbing. The ‘Version 1 Dub Mix’ is the same as ‘Version 1’ without the vocals, and the acapella should yield results as a ring tone, as well as a mixing tool. Everything is nice and in its correct place, but one has to wonder if there is any more room to manoeuver?

Posted by Pollux at Wednesday, January 13, 2021 No comments:

Z@p at The MUDD Show 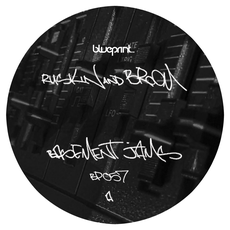 In spite of its name, this latest offering on James Ruskin’s evergreen Blueprint feels anything but spontaneous. Expectation often ruins joint ventures like these, but this collaboration is both raw and oozing class. The four tracks have reductive titles which all sound like the serial numbers of particularly deadly weapons, which is nice for that is indeed what this collection of loops of fury are. I wouldn’t say there are any stand out moments here, rather the whole listening experience is a hypnotic funk-filled abattoir from start to finish. Cymbals cut through the air like carving knives, kick drums thud into the heavens and there is such an abundance of synth play and acid squelch to keep any beat junkie happy. ‘OCS’ is perhaps the tune where it all comes together best; an undulating, visceral, bass-driven syncopated throb which Fred Astaire would be throwing shapes to if he were transplanted into the modern dance consciousness.