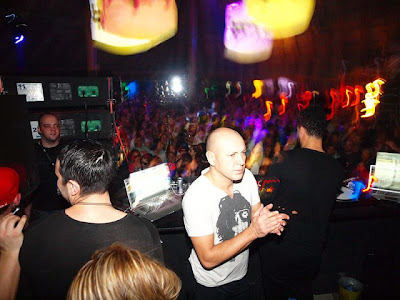 This reminds me of a famous letter of complaint directed against a certain Internet service provider many moons ago for continual imcompetence coupled with dreadful customer service. All controlled incandescent rage but gradually building to a whirring crescendo. Masterful scribery Sir Tony of Frithshire.
Posted by Pollux at Thursday, February 24, 2011 1 comment:

Because it's been one of those weeks you see. First up I was all ready to see Steffi, even washed my hair and had a shave. I live in Haverhill and, as we have no babysitters and my other half's clubbing days are far behind her, I set out on my own leaving her to do the babysitting and carry on like a solid citizen. I would roll into bed at about 3:30am smelling of sweat and booze, and awake around five hours later to the sound of kids jumping up and down on me to eke my way blearily through the day. It's half-term in responsible adult land you see. She, on the other hand, would be up and out by 7:30 on her way to her job, which is infinitely superior to mine and which she works very hard at. You get the picture. My excesses are tolerated by a superior being. Anyway, I'd arranged to meet a friend in Cambridge at 9 who I would drink with until 11 or so. I had a +1 on the list and, although house isn't really his thing, I'd have asked him if he wanted to continue our session for maybe the first hour of the gig. With a bit of luck he would have realised what he'd been missing all these years and stayed, no problem if not though. I was there anyway.

So, I'm waiting at the top of my road for the hourly, and frequently unreliable, Haverhill-Cambridge connection. It comes right on time, I'm standing half on the pavement, half on the road with my arm out and the fucker drives right past me. He wasn't even looking. I just stand there with my mouth open, gawping like a complete knob in disbelief, looking around me to see if anyone else has noticed but of course there's no one around. As I try to get my head together my mind is filled with the " . . . don't dash between parked cars . . ." catchphrase of sundry seventies public information films on road safety. A quick dash by anyone in front of that bus would have resulted in certain death from a very long distance. The cock who was driving had his eyes on the prize and it wasn't potential passengers or pedestrians.

So, I know what you're thinking. Why didn't you go anyway? Well, once I'd phoned my friend in a rage, my voice getting higher and higher as I recanted my injustice, I'd got home. He didn't seem interested in meeting me at 10 instead of 9 - if he was he didn't say - and it would mean me leaving the house again, getting into Cambridge but this time being on my own for a good hour before the doors opened. Hanging around pubs for an hour on a Monday night, to go to a club, (a pub upstairs actually), where I wasn't sure there'd be anyone I knew (which there was, but of course I wasn't to know that), isn't my cup of tea at all. In any case I was as mad as hell and I wasn't in the mood to take anything any more.

So, pausing for reflection in the cold light of day, I was completely and utterly pissed off, and I should have gone, but didn't. It's my fault but I'm still mad. Why? Because after not having recorded a mix since last May, I finally found the time to get one together today.Why haven't I recorded a mix for such a long time? Well, having kids doesn't help, but it's mainly because in my real downtime, the time I could really be using to play stuff I like and get to know it better, I'm crushed under the promo juggernaut. Don't get me wrong; I'm extremely grateful for everything everybody sends me. No one was more pleased than I was when the free music started rolling in when I started my now-deceased radio show in September 2004 and I'm still really happy to receive it now. Indeed, one of my main goals was to get enough freebies so that I'd never have to buy anymore music ever again, but it doesn't quite work like that, and before you know it you've got an inbox full of stuff that you feel obliged to listen to, you want to listen to, but it's all so predictable. You can tell before you've gone within sniffing distance whether it's good or bad, (thin-slicing). It's also necessary to listen to some tracks much more than once only to give them the full respect they deserve. Two techno albums I was recently sent fall right into that category. They didn't do much for me at all on first listen, but they're growers and I like them now, in fact they're both very good. So I only really like to respond to something once I've downloaded it. Having said that, I realise the value of feedback, which seems to be so valuable that any publicity is indeed good publicity.

I was out of practice anyway. I hadn't done a proper mix for such a long time and they do take some calculating. Having said that, one's best-laid plans often fall away pretty quickly and solid foundations give way to total spontaneity. I was enjoying myself but when I came to save the file the software crashed and that was that. Ninety minutes wasted and I was left with a similar expression on my face to that when the bus sailed past me.
Posted by Pollux at Wednesday, February 23, 2011 No comments: 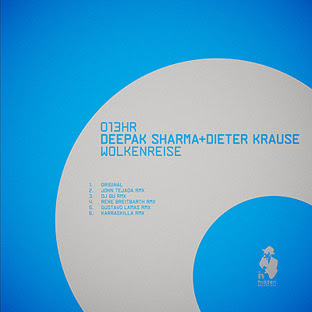 Read my RA review of 'Wolkenreise' here.
Posted by Pollux at Tuesday, February 22, 2011 No comments: 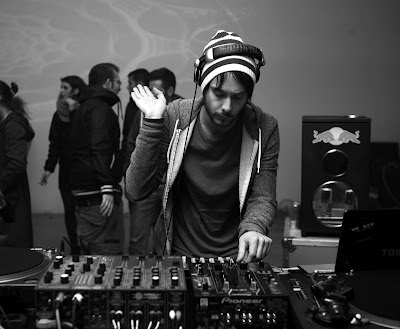 Here's a link to my Ibiza Voice interview with Agaric.
Posted by Pollux at Monday, February 21, 2011 No comments:

Miles Sagnia In The Mix

Here's a link to mix from Miles Sagnia done a few nights back on DJ Alex Voices Radio Show on Deepfrequency Radio. It's three hours long and I've yet to listen to it, but the track list looks very interesting so I'm sure it's worth the risk.

Steffi At The Fountain 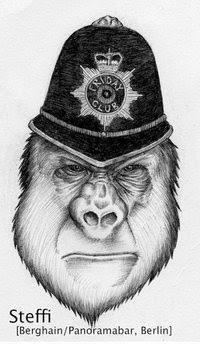 In typically low-key style there will be something relatively momentous happening next week that will hopefully fire the ever embryonic Cambridge underground dance music scene with enthusiasm. Steffi, one of the most in-demand house DJs at the moment, will be playing a set in the unlikely surroundings of The Fountain pub on Regent's Street in the centre of Cambridge.. To say I was more than a little gobsmacked when I found this news out would be an understatement, and of course I came across it very randomly while checking my Facebook news feed. I could so easily have missed it and it would then have slipped quietly under the radar never to be seen again, except in hindsight.

Anyway, hats off to the promoters of Friday Club, which is when it should be, but due to Cambridge city centre having a dislike of clubs with adventurous music policies on Fridays and Saturdays the night is taking place on a Monday. I'm off work next week so I'll be going but due to me living a good drive away, and probably having to take a cab home, it's not something I'd be able to do every month. It'd mean a £30 fare and a day of leave on the Tuesday. My student days are long behind me and I've got a family to support so it's very frustrating to realise that this could be the start of something big. I've just seen that the March night is on the 14th and features Elgato and John Roberts. Well pissed off, but in a good way.

Steffi's debut album 'Yours And Mine' has just been released on Ostgut Ton. It's a fine, accomplished piece of work that wears its influences proudly on its sleeve. A DJ first and foremost, Steffi's taste and instinct have obviously been shaped by where she plays, particularly Berlin's Panorama Bar, where she has been resident for the past five years. She's also a label boss too, for Klakson and Dolly, which has been the focus of most of her recent talent spotting. She's someone who most definitely knows their onions in a variety of fields, (see what I did there?) and is a current must-see. She'll have vocalist Virginia in tow with her which should give her set an interesting, extra dimension. Lets hope she gets the reception she deserves this Monday.

Here's a link to a recent mix and interview from Steffi. Here's her Mnml Ssgs Labyrinth special from September last year, and one to a huge night with Sissi and Ben Klock from January 2009. There's a few more around if you can be arsed.
Posted by Pollux at Thursday, February 17, 2011 No comments: 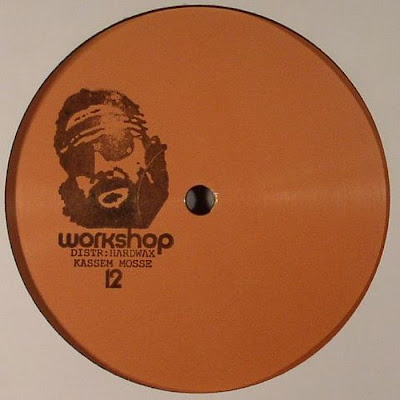 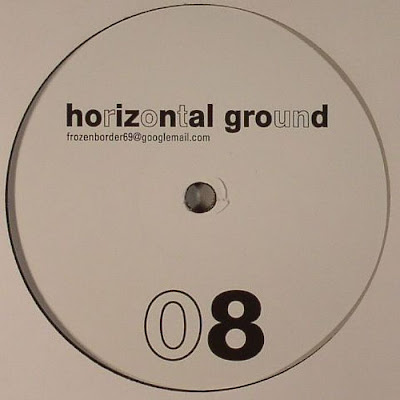 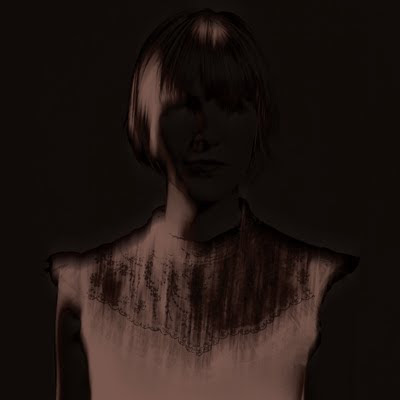 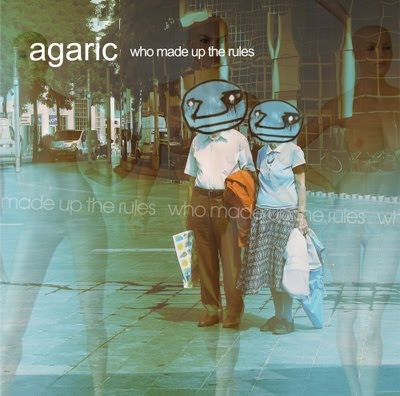 Who Made Up The Rules LP - Agaric (Ovum) 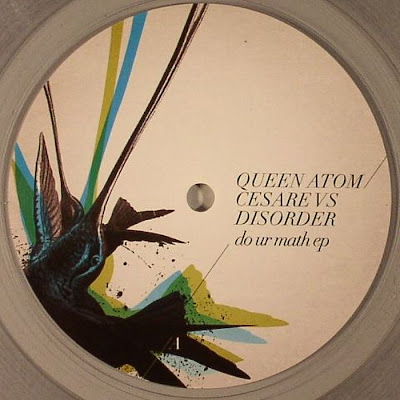 Do Ur Math - Queen Atom/Cesare Vs Disorder (Dumb Unit) 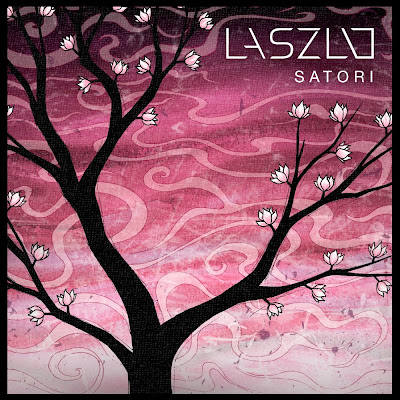 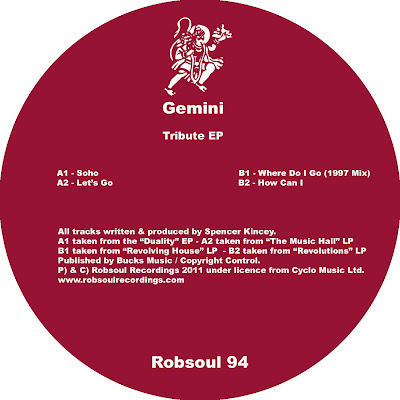 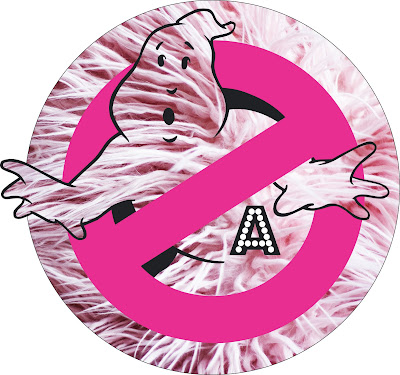 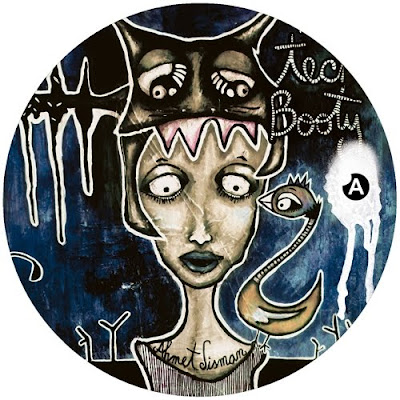 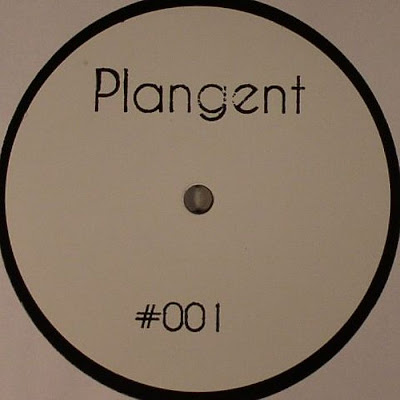 Blog posts have been rare of late. I'm not fed up with it, just haven't had a moment free. Some posts are imminent but I'm super busy right now. Anyway, here's a review that I wrote for the new Octave One remix release, 'Revisited Two.' I submitted this to RA about two weeks ago but it's taken them a while to get it up. No doubt it's because it kept their editors up most nights wondering how to cut as much of the original gibberish I wrote from it.
Posted by Pollux at Saturday, February 12, 2011 No comments:

I've been without the Internet since Tuesday, so things are moving very slowly indeed 'round these parts.
Posted by Pollux at Friday, February 04, 2011 No comments:

Octave One - I Believe (Transmat)

I'm just about to write a review for RA of Octave One's 'Revisited 2' which features remixes of two of their best tracks. A Sandwell District interpretation of 'I Believe' and Aril Brikha's reworkorking of 'Daystar Rising.' Here's some bits that I've been busy reacquainting myself with.
Posted by Pollux at Tuesday, February 01, 2011 1 comment: