Process Part 191: Back From The Dead

This is a mix that I recorded for the Modyfier 'Process' series back in 2010. It was removed by Soundcloud, presumably for copyright issues with the range of tracks I played. Anyway, Rayna Deniord, who oversees Modyfier, was kind enough to send me the file, after I wrote to ask her for help, as I couldn't find it my end. There is a full track list on the original post, and it's still on Modyfier, along with a little piece on how it came into being.
Posted by Pollux at Thursday, July 27, 2017 No comments: Links to this post

The time to stop consuming music as I have done up until now is upon me. Not having lived near a decent physical manifestation of a record shop for quite some time has, no doubt, played its part. I probably stopped shopping regularly at record stores around ten years ago, all my purchases since coming from online outlets, and Discogs. Since the Internet took all the fun out of turning up at a record store and expecting to find something new or unknown, I suppose it’s been a blessing to live in a relatively isolated place. The last few visits to record stores have been fleeting affairs, with as much benefit gained from free magazines as anything else. I do miss them though; both from my youth and more recent past. And it’s definitely the case that I bought a hell of a lot less shit from them than I do online.

As mentioned before, putting my stuff on Discogs recently has been in a depressing and nostalgic exercise in equal measure. It’s been great becoming reacquainted with a lot of my old stuff, but awful when I realize how much absolute tripe I’ve bought over the years, and how much money has gone to waste. At last though, like an old junkie I’m kicking the habit, sort of. I will only be buying digital files regularly. Vinyl purchases will only happen once some of my collection has been shifted. There will be a lot of downsizing, and that’s going to be fun. Once I’ve fallen out of love with a record I can’t be sentimental about it so I will have no qualms about flogging anything I no longer want.

Even as I write though, there are records winging their way to me, and I can’t stop looking at my favourite online outlets. Once received, I know that I shall still look and survey. I’ll tell myself that I’ll just buy the odd one, but accumulate wants and then splurge. Nothing wrong with that, it’s been going on for years . . .
Posted by Pollux at Wednesday, July 26, 2017 No comments: Links to this post

Five of the Best from Freerotation

Posted by Pollux at Thursday, July 13, 2017 No comments: Links to this post 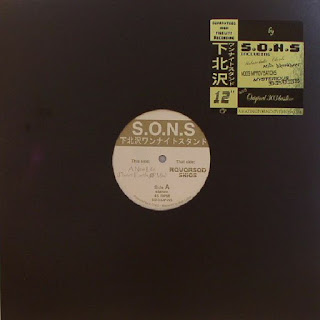 It takes a while to get going, the beats not properly coming in until around the halfway mark, but while its worth the wait it would have been nice had they come in a couple of minutes sooner. ‘A New Life (Planet Earth Mix)’ feels hoisted by its own petard.  Analogue acid and breaks from pre-Cambrian rave get some momentary traction and disappear, the desired ambience fading more quickly than a mayfly’s life. ‘Reversed Skies’ is similarly frustrating. Clocking in at ten minutes long, two more than track one, its elemental power could have been so much more effective had a little more happened along its length. These are two interesting compositions, and are magnificent mixing fodder, but they don’t justify the hype.
Posted by Pollux at Wednesday, July 12, 2017 No comments: Links to this post 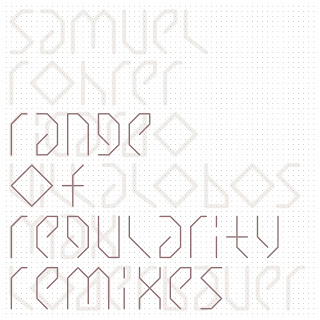 Minimal still divides people. It’s all about the groove and ride, but so much of it descends into self-indulgence that it can be difficult to see a beginning and an ending. It often lacks muscle, too frequently spiraling up its own spiral sphincter of linear monotony. Heard out, it needs more stamina, in isolation more flourishes. I generalize inasmuch as I believe it’s often one person’s word against another in such circumstances and there’s a time and a place for everything. The Vilod remix of ‘Uncertain Grace’ falls into the category I like; it has drive, a purpose and versatility. It’ll soak up anything layered with it and peak at the right moments. Stepping away from Max Loderbauer, Ricardo Villalobos interpretation of ‘Maria’ is in a category all of its own, and while you won’t catch me dancing to it, I may read a few Edgar Allen Poe poems to its accompaniment. 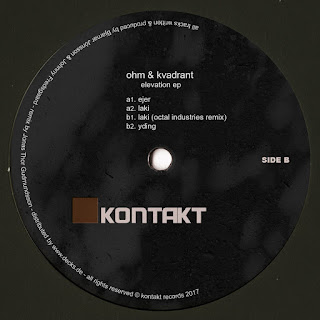 There’s nothing I like better than muscular, dubby beats pounding out through a pair of speakers. ‘Ejer’ is one such beast; solid and uncomplicated, with barely noticeable sonic flourishes, volume is its driving force. It’ll sound great either side of your favourite JT Zeiter track. Mind you, so will ‘Laki’, a track characterized by synth washes and rim shots; not a familiar combination, but devilishly effective here. The Octal Industries remix does little, save add a plodding beat over the top and feels lazy. Said beat acts as a brake on the backing track and creates friction. ‘Yding’ is light and airy, and in keeping with the other original offerings on this EP; it goes down the dub route deliberately, and contains a slight whiff of Augustus Pablo.
Posted by Pollux at Saturday, July 08, 2017 No comments: Links to this post