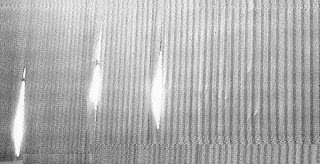 It was a Monday night but I thought, “what the heck” and drove into Cambridge from semi-rural Suffolk with an artist friend in tow. The Portland is one of the better venues which Cambridge has to offer, but it’s small. To all intents and purposes it is a normal pub, but once inside you wend your way into a recently-refurbished space which apparently has a capacity of 200. I’m glad it wasn’t full, as it would have felt very claustrophobic, having said that the turn out was pitiful, Monday night or not.

Once at the venue Mr Harry Sword arrived and the three of us, momentarily distracted by the Villa v West Brom game on the telly, went from the bar to the “space”. We’d been told that the “live music” would start at 9, but at 9:15 nothing had happened, and there were only 14 or 15 of us,  the majority of which seemed to be Bad Timing's mates, and at various points in the proceedings, seemed more interested in tweeting and texting. This didn’t seem to deter Nochexxx though, as he began to DJ a set exclusively composed of his own dubplates. His set covered a myriad of bases but mostly struck an idiosyncratic note which blended electro with techno to deft, original effect. His music is built on shifting sands and was ably accompanied by visuals of a high standard, having been made by Plastic Horse initially, I think, to accompany ‘Charro’ which was released a couple of years ago. They couldn’t save him from an errant fire alarm though, which completely screwed up his flow in one fell swoop, in addition he had mixer problems, apparently relating to a freak confrontation with the reverse cross fader. Whatever the case, during his short, interrupted set I heard enough to convince myself that I’d like second helpings. Maybe a DJ set of other people’s material next time but still ploughing the same groggy furrow.

Things were running late at this point and due to noise regulations, everything had to stop at 11pm. This gave Container barely 30 minutes to entertain us with his brand of  thrash-inflected techno. There’s a peculiarly acoustic sound to his live output which initially feels coherent but is apt to go off on occasional tangents. In any case, it was an interesting contrast to the wandering riddims of Nochexxx, and was anything but predictable. He’s a tall chap is Container, and the sight of him hunched over a table, Quasimodo-like, with a TR909 on it was quite amusing, particularly once he got into his rhythm and started skanking behind his hardware, occasionally coming up for air to have the odd swig of beer. This never distracted from the music though which was excellent, a massive racket erupting from a minimum of hardware which had an organic cohesion but embraced chaos.

The one negative about the night, apart from Nochexxx’s technical difficulties, was the general organisation. I found it a little dispiriting to say the least that, on a night celebrating the 12th anniversary of a collective known for putting on alternative music events in and around Cambridge, only about 25 - 30 people showed up. How serious Bad Timing are regarding promoting their soirees I don’t know, but a night of this stature, Monday or not, should have been much better attended. “That’s Cambridge for you” said my erstwhile companion Mr Sword, and unfortunately he’s right. A city in which the main university’s students make very little real attempt to integrate themselves with the general population, and have their own entertainment on site really needs to start taking a few more risks and arrest its complacency. Reversing centuries of tradition isn’t going to happen, but the staidness effects everyone to a degree. Compared with Brighton, a town at the polar opposite side of London, it’s in the dark ages. Brighton may be bigger, but if Cambridge’s majority student population mingled better, then size wouldn’t matter.
Posted by Pollux at Saturday, November 30, 2013 No comments: Links to this post 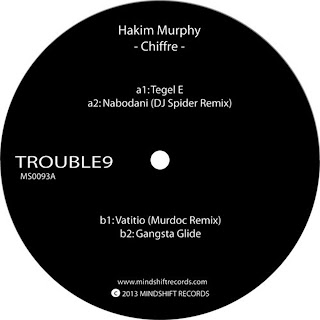 Read my review of this typically idiosyncratic offering from Chicago's Hakim Murphy here.
Posted by Pollux at Wednesday, November 20, 2013 No comments: Links to this post

Some of the great man's mixes courtesy of various providers on Soundcloud.

Check this article for some info on the great man. A lot of his stuff is being rereleased at the moment, which is good as the originals go for stupid money, (Discogs natch). The labels who first released the tunes aren't best pleased though.
Posted by Pollux at Sunday, November 17, 2013 No comments: Links to this post


I'm a sucker for watching DJs perform the apparently innocuous task of playing music, so here's a close-up of someone who, for me at least, is currently one of the best in the business, along to a link to one of his recent podcasts.


Posted by Pollux at Sunday, November 17, 2013 No comments: Links to this post 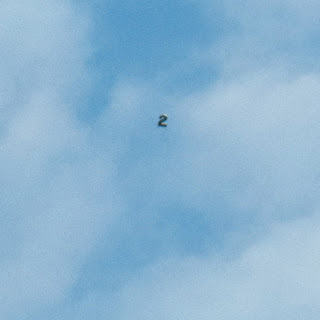 Read my review of this soothing collection here.
Posted by Pollux at Wednesday, November 13, 2013 No comments: Links to this post 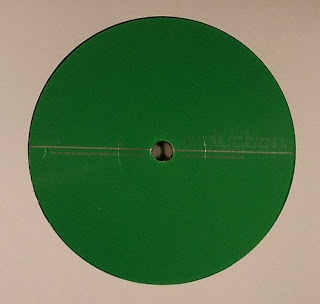 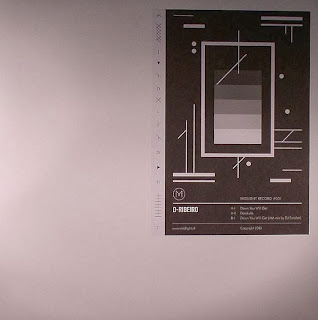 Down You Will Get - D Ribeiro (Midlight) 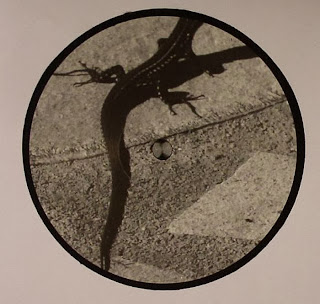 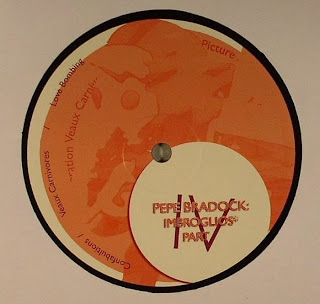 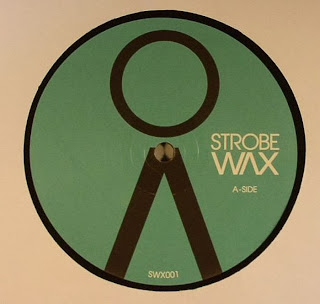 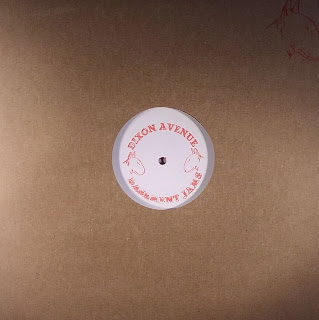 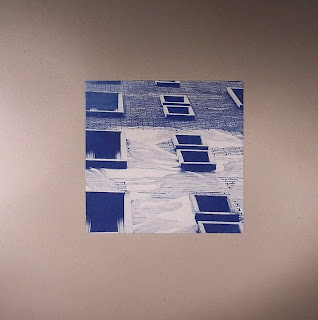 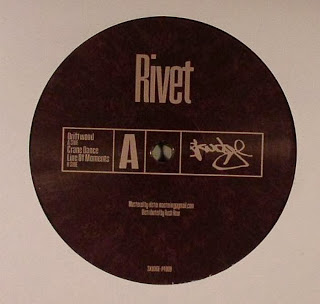 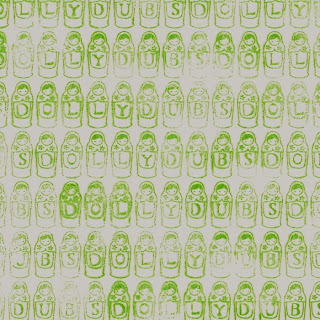 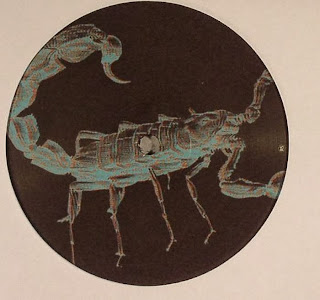 October went quick innit? Here’s a selection of stuff for the bridge between autumn and winter.

Posted by Pollux at Sunday, November 10, 2013 No comments: Links to this post 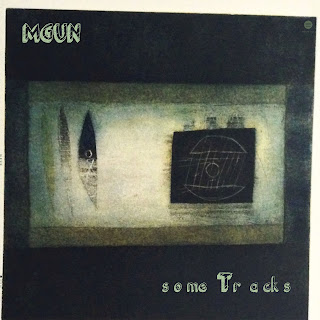 Read my review for Ibiza Voice here.
Posted by Pollux at Wednesday, November 06, 2013 No comments: Links to this post 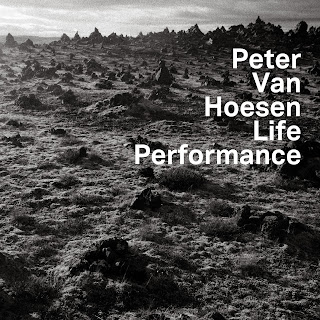 Read my Ibiza Voice review of Belgium's techno ambassador here.
Posted by Pollux at Tuesday, November 05, 2013 No comments: Links to this post 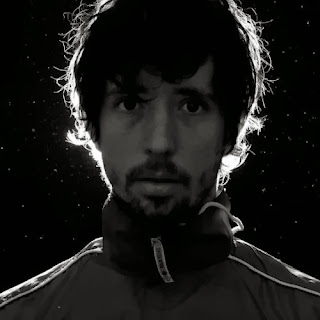 A little slow on the uptake with this one, but better late than never. A belated post and appreciative nod to Johny for this very chilled and weighty live offering. Sorry for not posting this sooner. Have to get you on the radio again soon mate.
Posted by Pollux at Monday, November 04, 2013 No comments: Links to this post 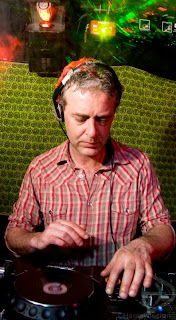 The second half of last night's show was given over to a mix from one of UK house & techno's most unsung heroes, Aubrey. I shot a few questions over to him in his south coast bolt hole and he was kind enough to send me the answers back to accompany the music.


Have you always lived in Portsmouth, or in the general area?

Pretty much, but lived in Valencia Spain for 9 years and I may be moving back in 2014.

What do you feel have been the advantages of living there?

Portsmouth is ok, as it's so close to London, just over 1 hour. I like to live by the sea, so it's ideal here for me.

Solid Groove's first release was over twenty years ago. What inspired you to start it up, who drew the logo and how would you describe its output?

I started Solid Groove as I was sending demos to labels and getting knocked back all the time. I trusted my product so the only way to do it was to start my own label, and that's the same with Dot. My friend Sam Foot designed the art and Logo. I think it was based on a crazy lab technician from old Marvel comics.

If I remember correctly, your music and that of others from the Portsmouth area, like Mark Ambrose and Josh Brent, (correct me if I'm wrong, please) was distributed by Shady Acorns on the Isle of White. How did such a fertile scene come about?

Well Solid Groove had three different distributors over its life, I think Mark just had a passion for music and was willing to take a risk and not be bothered about releasing strange and different things, but my other labels Dark and Textures and Super Disco Fakes were all from Shady Acorns.

You've also recorded for a lot of other labels: Offshoot, Mosaic and Ferox to name but a few. Who do you think you've done your best work for?

He he… to be honest, some of the newer things and unreleased things coming soon are sounding fresher than the older stuff, I can't really name one thing off the top of my head. Mosaic is starting again and I have just remixed Ed Davenport for that, seems like it's all come back around.

What are your musical roots? How did you get into making house and techno and why did you stop for seven or eight years between 2003-2010?

Hmm, Musical roots… 100% Hip Hop. I got a pair of decks when I was 12, not Technics but old belt drive things with no pitch, so I learned the hard way, until I could get my first job and save for my Technics and Bose Speakers when I was 16. That was the best day of my life after 4 years with these horrible disco decks, but yeah Hip Hop, and Breaks and Beats, used to spend days beat juggling and scratching. So when I got the Technics mixing was just so easy. Also a lot of 60's Jazz and the krautrock stuff . . .  I was 15 when I heard Washing Machine by Larry Heard, which changed everything, but I still buy a lot of Hip Hop and strange stuff for personal home use.

When for you, was techno/house's most fertile period, and where are we now?

To be honest, I think techno’s aways been amazing, and now i think it's more exiting than ever. So many talented new artists and a deep heavy sound. Of course you have the late 80s stuff, and early 90s stuff is really special, but I try not to live in the past too much and always look forward.

You've more recently found a home on Komplex de Deep, as well as another one of your labels, Dot. Has your approach to making music changed much since you started again a few years ago?

Well yes, a lot. I used to have a huge studio with a huge 24 track desk, but sold a lot of it to sort out some problems I had. Now I work with a small set up, no mixing desk and a few outboard bits. Having said that I miss the desk and the 909 and I’m going to look into getting a desk again in the next year or so.

What are you interests outside music?

Cooking is my no 1 hobby, I love it and spend time looking for ingredients, spices etc, and photography is my second love. Skateboarding and Mountain biking come up pretty close as well, and travel.

How difficult is it to do what you do in this age of austerity?

Well there ain't really any money to be made running the label, to be honest I do it because I love it, and of course there are the odd gigs here and there, so things could be worse, let’s put it that way.

How would you describe your life when not making music?

Could you give us an all-time, cross-genre top five?

To be honest there are too many to mention….

Posted by Pollux at Sunday, November 03, 2013 No comments: Links to this post

The playlist is for the first hour of the show, the second hour was mixed by Aubrey. No track list available I'm afraid.

Thee Kaleidoscopic Rebellion: 2/11/13 by Cacophonousbling on Mixcloud
Posted by Pollux at Sunday, November 03, 2013 No comments: Links to this post