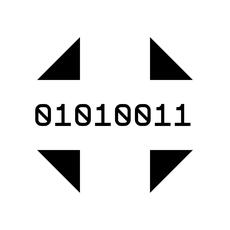 Immersive stuff this. The textures, layers and sonic shadows which envelop each composition are geometrically enhanced giving the listener a feeling that everything is in its place, but that there are still places to go. These tunes come across like a virtual, mutating jigsaw. It’s difficult to quantify but we’re leaving ourselves open to endless, unfolding permutations here. Limitless stuff with no beginning or end. ‘In A Cyber Spiral’ feels like the most cohesive piece here, but it’s an illusion; something that is also fostered by ‘EEDYU’ and the disturbing ‘X-Ray Mantra’. There are all sorts of lazy comparisons I could make, but I’ll steer clear. This is as original a release as is likely to be heard this year, hovering somewhere between the inspirational and the intangible.
Posted by Pollux at Thursday, January 30, 2020 No comments: 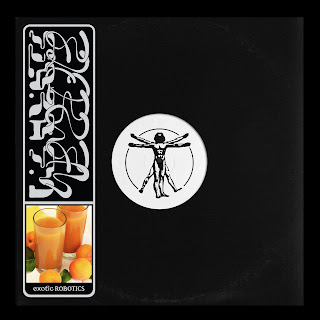 Some good vibes to peruse here. Bookended by break beats and all; ‘both ’Bronze Teeth’ and ‘Softest Moon’ dabble in the undulating art, the former more intensely than the other. Pick sides, everyone’s a winner. There’s a softer centre though, with the Detroit-inflected ‘Cross Antennae’ and the mid nineties London warehouse meanderings of ‘Magic Pebbles’; each being a retro future soundtrack to an interstellar journey. There’s a sense of optimism implicit within this release which endears it to the listener, but it’s got a militaristic metre in parts: (‘Bronze Teeth’ and ‘Magic Pebbles’) which occasionally gives it a tougher feel. Wonderfully balanced too.
Posted by Pollux at Monday, January 27, 2020 No comments: 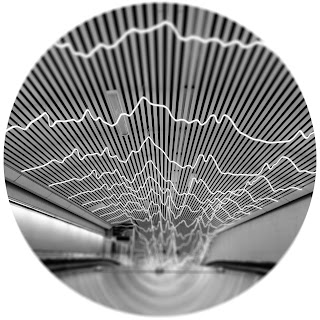 I’ve been listening to so much electro recently that my mind mural is a constant cavalcade of break dancing b-boys in retro Adidas giving it loads to all manner of dark, dank, funk laden machinations. And Cultivated Electronics has been at the head of the game for quite some time now, proving time and again that this genre is the stuff of life. Oz’s Assembler Code has his own intricate take on this most robotic of sounds, pounding percussion often hemming in erratic, chaotic filigrees of funk. The three original versions on this release are just that, with the remix of O.Y.M taking things up a notch further. Wonderful stuff which is everyone’s soundtrack to their parallel matrix, they just don’t realize it.
Posted by Pollux at Monday, January 27, 2020 No comments: 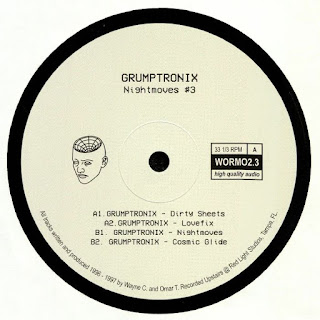 The third and final in this series, and perhaps the best. Definitely the funkiest. ‘Nightmoves’ goes against the grain a little in this respect, sounding a little too urgent, while ‘Cosmic Glide’ sounds straight from the mind of Cygnus. 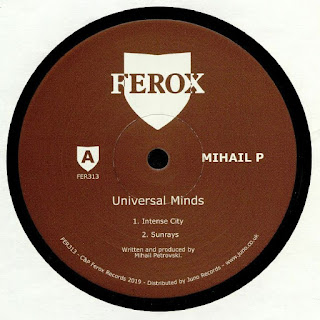 Excellent release which sounds just as timeless as some of the best on this seminal label. ‘Intense City’ is the least restrained track here, the others all choosing to exercise a modicum of control. This doesn’t make them any less alluring though. 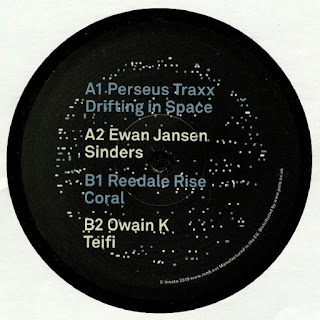 Coming from a similar sonic stratum to Mihail P., this v/a release is a versatile and useful slab to have around when needing something to pull out of the bag. The machine funk is varying and effective, with the sub aquatic syncopation of Perseus Traxx and the drive of Ewan Jansen being my picks. Who knows, I could have changed my mind by tomorrow. 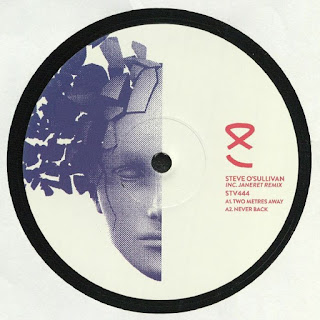 Excellent stuff from Steve O’Sullivan with some pacey, dubby business characterising the original versions, alongside a Janeret remix which is characteristically cosmic and lush. Essential deep, dance floor tackle. 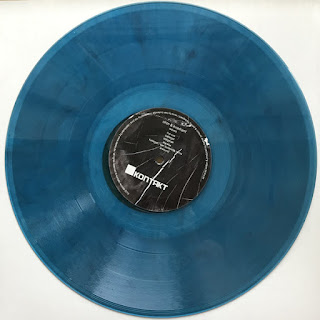 I love the Scandinavian approach to dub techno, and here it’s done with aplomb and range. Both versions of ‘Kattegat’ hit the spot, while ‘Skagerak’ and the ambient tailpiece of ‘Oresund’ have depth and vision. You can smell the dill and caraway in the glacial grooves. 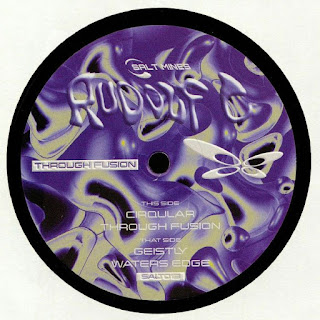 Another release which has its aquatic credentials well in order. ‘Through Fusion’ is a recognisably Murky take on house, while ‘Geistly’ and ‘Cirqular’ are techy house fusions. ‘Waters Edge’ is the best piece here though. Driving analogue warmth from start to finish. 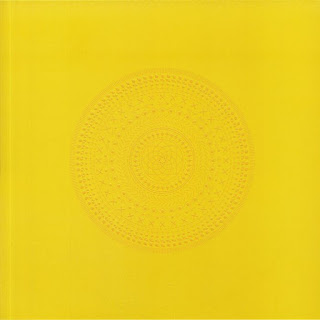 Understated goodness from Salmanazar, of whom very little is known. Confident sounding stuff however, with an emphasis ion the continuous groove and what envelops it. ‘Triggers’ shows this to great effect. 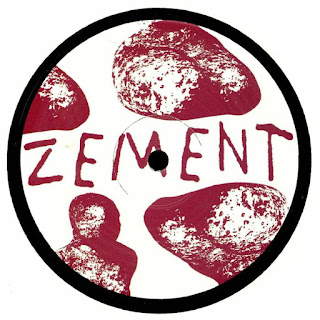 Dirty, raw, sleazy electro form Alonzo who released on WT recently in a similar vein. This sounds at times that wet farts are its dominant motif, and its all the better for it. ‘My Vibe’ (feat WMN), and ‘The Dead City’ are faves amongst five filthy, funktastic gems. 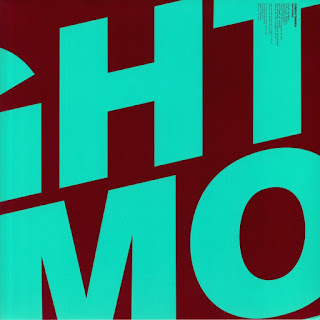 Really satisfying second album on Perlon for Mr. Tanaka and one which feels more well-rounded. There’s a fuller sound on show, the tracks feeling more muscular and upfront. Having said that, 2016s ‘You Find The Key’ wasn’t backward in coming forward either. This is a fine piece of work though, which does a lot to consolidate Tanaka’s talent. 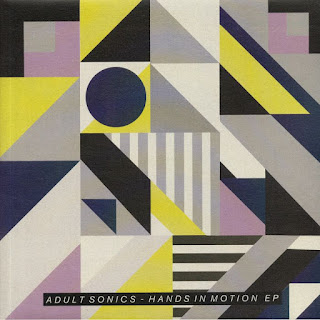 An EP comprised of three tracks to float to. ‘Slow’ relies on breaks to propel it towards the firmament, while ‘Ambado’ is a percussively reliant housed up fist pumper. Ambado’s remix takes it to a more cosmic dimension. A label to keep an eye on.
Posted by Pollux at Monday, January 20, 2020 No comments: 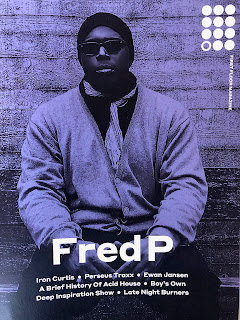 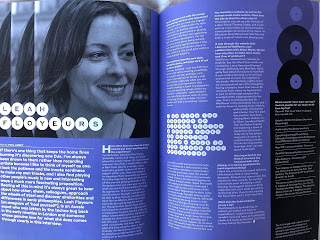 First Floor magazine is now on its second issue. The first one was written about on this very blog here, and it’s great to see that its high standards have been upheld nay, even surpassed, due to the fact that an abridged version of the interview I did with Leah Floyeurs, has been deemed fit for publication. Thanks to Tim Gibney for featuring it, and for continuing to be involved in this labour of love. This edition is full of good reading because besides my contribution, there are interviews with Fred P., Iron Curtis, Perseus Traxx, Ewan Jansen, Late Night Burners and many more. There’s also an article by Tim called ‘A Brief History of Acid House’ which is about a book of the same name by northern club legend Suddi Raval, which introduces itself in the context of a t-shirt Tim created with the slogan “Acid House Veteran” on it. I had one, it was bright yellow with black lettering. Now long gone, but I’d like another. Any chance of that Tim? 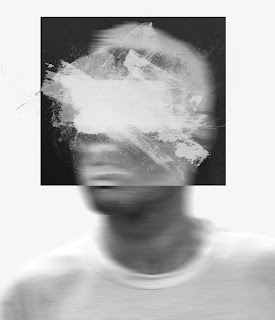 Two tracks here with the emphasis very much on power, noise, clarity and space. ‘Alpas’ is the more in your face of the pair; razor sharp production is the order of the day, as is an underlying discipline to the beat which underpins the synthetic layers of harmonic discord that are its signature. I’m fonder of ‘Nodus’, which is a rawer, more understated cosmic foghorn of a track, Having said all that though, I’m pretty underwhelmed by the experience of listening to these two tunes which, even though they’ll be very effective, feel very generic and predictable.
Posted by Pollux at Tuesday, January 14, 2020 No comments:

Kill My Radio Station - UR (UR) 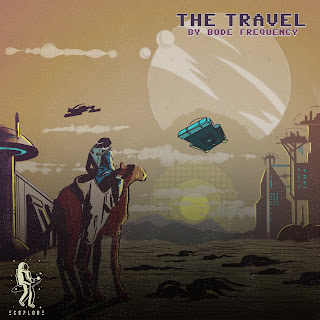 This is a nice EP of understated electronica which straddles the deep house/techno/IDM divide. It’s a patient package, with ‘Day Dream’ and ‘Air Born’ being the more driving of the compositions. They are tempered, however, with a heady dose of chiasmic deep space ambience. This spreads itself right across the release, with each of the other three tunes twisting ephemeral filigrees of electronic wistfulness into a synthetic void. Promising stuff to lose yourself in.
Posted by Pollux at Wednesday, January 08, 2020 No comments: 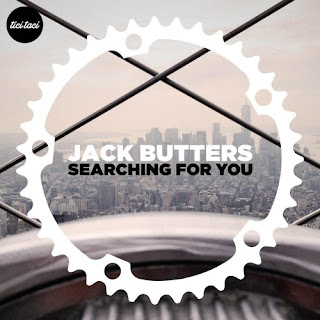 Back with the simple and effective. What we have here is a clear realization of how tiny tweaks can lead to big changes. The elements, such as the tribal chants and keys dodge in and out but what remains constant is the ominous guitar lick and percussion. Acid builds and fades away. The Long Champs Remix is a dubby, abstract number which ultimately plays out in a fuggy, opague ambience. Kieran Holden opts for a similar route, but with added chug and tempo. All in all an inspiringly druggy trio of beat concoctions. The target demographic is going to need a collective epidural after dancing to these. 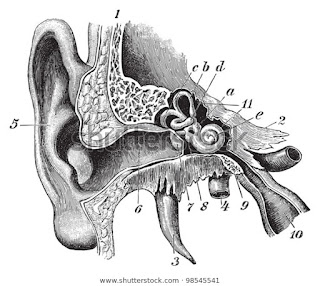 Under the circumstances this is a frivolous post; those circumstances being events much bigger and more important than electronic music. This country is now under the yoke of a Conservative government for at least the next five years, probably ten. Once again the real world proved that it wasn’t social media, particularly Twitter. This also extends to other aspects of discourse as well. Without naming any names, the amount of bile and righteousness thrown about on said platform is ridiculous, with reserve being in very short supply. I realise I’m sounding off like a bucktoothed English lord, but I can’t get over the attack is the only means of defence mentality of so many when interacting with each other on what is a public platform.

The end of the year has just passed and so has the opportunity to draw up some lists.  Never been one for them myself, except for monthly charts when I’m coherent enough to remember to do one. Amongst other things, I’ve been procrastinating about buying some quality electro, mainly because it costs an arm and a leg and I’m loath to make the first move. However, there is a sense of inevitability about what I’m going to do, mainly because I’ve heard these tracks in action. Living where I do can mean feeling a little out of the loop regarding developments generally, particularly when talking about house, techno and electro, that holy trinity of sonic bliss. Soundcloud and Mixcloud are great panaceas in this case. I have almost certainly mentioned this before on these pages, but I listen to a lot of mixes  as they are the modern day equivalent of the record shop. You here a track which grabs you and you chase it down. This is often facilitated by comments relating to the mix; it’s really down to luck and coincidence though. While recently listening to one of Dietroiter’s recent offerings, a number of tunes made me stop in my tracks. Thankfully, some of them were id’d by fellow listeners, and they turned out to be recent releases. Diertroiter is someone, like Rubsilent who, while not posting tracklists, will engage with comments and answer requests for ids. This is a good and constructive stance. It would be better if the track lists were posted, but it’s often difficult to write them down while mixing if you’re playing on the fly.

Other mix series I like and seek out are the My Own Jupiter series, the Dekmantel podcast, which until recently was the best series bar none. It’s still very good, but not as consistent as it was. Avenue Red is brilliant, consistently wonderful . . . . The Craigie Knowes series is one that I have only delved into sporadically, but need to explore more. What is annoying however, is the lack of downloadable mixes. It used to be a lot more common, but now it’s a minority made available. I digress . . . Loads of Rinse FM podcasts: Jane Fitz, Hessle Audio and Jensen Interceptor are unmissable, as is most of Beats In Space and Intergalactic FM (possibly the best thing on the interwebs) . . . Steve O’Sullivan’s Mosaic Mix Series does something that I wholeheartedly approve of in unearthing DJs which may be slightly off radar for most and asks them to style their set with a minimalist techy foundation.

Here are some current recommendations: