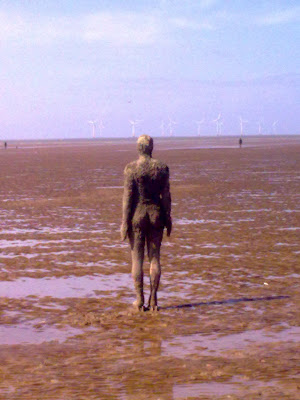 Last night's playlist for your delectation

There was also a competition to win a copy of Dirt Crew's forthcoming "Blow" cd, coming out on Moodmusic. Here is the boringly easy question:

What are the names, both real and imagined, of the two Dirt Crew members?

Answers please to corey.paul@209radio.co.uk marked "Dirt Crew Comp" and with all relevant contact details. You can also leave a comment on this blog in any comment box from this entry to that of the next show in two weeks time. If you do this, please remember to include your email address also. Good luck!
Posted by Pollux at Sunday, May 31, 2009 No comments: Links to this post 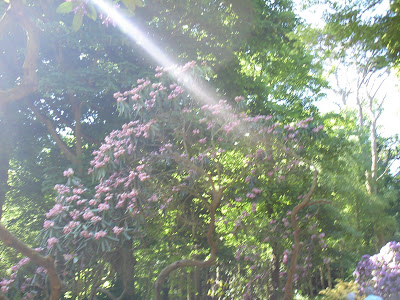 A show that should be a groover. Lots of techno this week, including Marcel Dettmann on remix duties for Sandwell District, Robert Hood's remastered ground breaking "Minimal Nation," which is about to be reissued next month, Rossella on Cyclical Tracks and something from the recently released Delsin compilation, straight from the world capital of tulips. Add to that loads more and a competition to win a copy of Dirt Crew's forthcoming CD on Moodmusic, you'd be silly not to tune in.
Posted by Pollux at Friday, May 29, 2009 No comments: Links to this post

A Further Chat With Kris Wadsworth 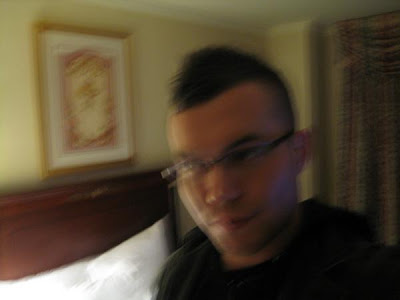 I caught up with Kris Wadsworth during his stay in the UK, basking in the reflected glory that only a 4.5/5 RA review can bring . . .

CB: So, it's your first visit over here other than getting deported the last time (September '08). How are you finding it, not too much of a culture shock?

KW: Not too much. I mean you guys drive on the wrong side of the road. I had to pay extra attention to that, but besides that nothing much.

CB: So, are you seeing any big differences in the way people get into the music over here? How different is it playing out here to playing out in the States?

KW: People actually come out to shows here. There's actually people in clubs man. People seem to be that much more into the music and know exactly what it is and what it can be. More people seem to appreciate it here. Of course they do in the States too, but it's few and far between.

CB: Why do you think that is? You're from Detroit, one of electronic music's global hotbeds and the impression you're giving me is that it's hard to get an audience. Would that be correct?

KW: Exactly. Especially in Detroit. You'd think it'd be hyper, but not even much on a small scale. It's very mudane.

CB: What about other places you may have played in the States. Is that pretty much the staus quo?

KW: No. I mean New York . . .a lot of stuff goes on there, Chicago too . . .it depends what's going on like anywhere. Sometimes LA and Miami but Detroit specifically sucks.

CB: I saw that interview you did for Data Transmission, which seems to ruffle a few feathers . . . that interview became a bit infamous because you don't seem to worry about speaking your mind. Is there a downside to this?

KW: I think about it sometimes. If somebody brings something up I try to censor it but if someone brings something up connected to a subject that you feel confident in speaking about, where you're from for example, I'll talk about it and say what I think. But I'm conscious of it, I question it . . .people might think I'm an asshole, crazy, but I don't know.

KW: Well a lot of people from Detroit are up their own asses' It's one thing to honk your own horn because nobody else will, but another to be anti-social and disruptive with your views about whi you are and what you suposedly contribute to music. It upsets me because coming from a certain locale there's always this stigma . . .for a lot of guys from there and I don't agree with it. I want to make it clear that I like the city, inspirationally it's something to behold. You see a lot of inspiring things, the architecture, the way people look, the way they walk . . . Don't get me wrong, but the scene, a lot of the people involved . . . they're cunts, as you guys say. (laughs)

CB: I try not to (laughs). Let's talk about your forthcoming releases. 'Mainline' has just been released, and I put a few words up about it on this blog, it also had a very good review on Data Transmission. What's coming up next?

KW: I've just signed up an EP to Milton Jackson and Shur-I-Kan's label, Dark Energy. That's exciting. I'm doing a Mark Henning remix for Hypercolour, a track called 'The Right Time.' I've just done a remix of Aaron Carl for Millions Of Moments. I'm due to release a two part EP for them too. Myself and Stefan, who runs MOM, have to decide what's what. The BOE release should be coming out on the 12.6, and another release for Hypercolour plus another for Morris in the fall, but I've just been very busy with remixes, Steve Bug amongst them.

CB: What's your take on the "deep house revival"? Do you feel a part of it and, if so, how do you see your sound fitting into it because I'm sure a lot of people would lump you in with it?

KW: I kind of think that a lot of people labelling it don't know what it is. There's an article in IDJ that asks what the difference is between deep house and techno and for me it's kind of a little less narcotic and more organic. But people can call my music what they want if they feel they need to label it. It's just "dance music" to me.

CB: And how's your back carrying all that vinyl around?

KW: (Laughs) It's alright, but I'm thinking of making the switch to Serato for logistical purposes. Getting on a plane with 130 records and hoping it'll fit in the plane . . it's a pain in the ass but I'm makiing do with vinyl at the moment.

CB: So where are you heading after the UK?

KW: After the UK I'm going to Poland to Lodz, then to Berlin for a couple of weeks, then Switzerland and back home to July.

CB: Are you still playing Free Rotation in August?

KW: Yes. I'm going to come back over at the end of July, beginning of August.

CB: It's been good talking to you Kris. Have a good time while you're over here and speak soon. 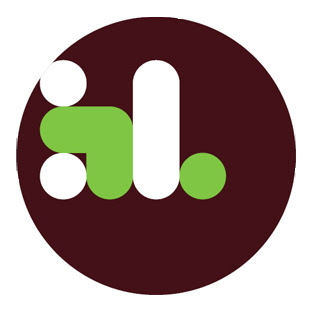 Read my RA review of Ernie's 'Deeptical Tracks' EP here.
Posted by Pollux at Friday, May 22, 2009 No comments: Links to this post 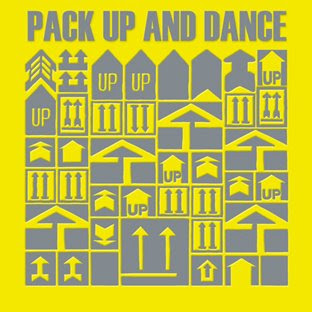 Read my RA review of Soul Minority's 'Tribute EP' on Pack Up And Dance here.
Posted by Pollux at Tuesday, May 19, 2009 No comments: Links to this post

Marcel Dettmann Is The Culprit 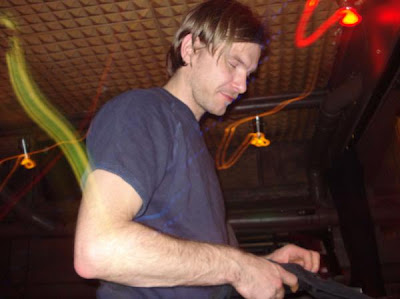 That's a rather pathetic title, but it's the only one I can think of at the moment so you'll have to make do with it. Here's another couple of mixes for your perusal, well, three actually. The first is a new set from M. Dettmann, along with Kink live, etc, at Munich's Rote Sonne a week or so ago. I haven't ilstened to it yet, and as it's almost eight hours long I've no idea at all where Marcel makes his entrance. I'm sure a substantial portion must belong to him though, so after you've downloaded ffwd to the grimiest techno section on there. One of the things I most like about Mr Dettmann is his way with rough edges. His mixes are raw . . .which is nice. 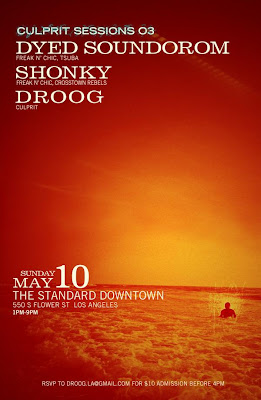 A new set also from Dyed Soundorom and Shonky, Freak n' Chic stalwarts, form the top of that posh, ultramodern-looking hotel in LA, you know, the one that also gave us a bit of Simon Baker and Jamie Jones last year. Again, I've just downloaded these so feedback welcome. If they're crap do tell.


Finally, in view of the fact that I've been asked, very nicely, to take the CVS link below down, here's a link to Get The Curse, a splendid blog from the ancient kingdom of Gaul. Their latest podcast is by the man himself. Sign on for the whole series.
Posted by Pollux at Monday, May 18, 2009 No comments: Links to this post 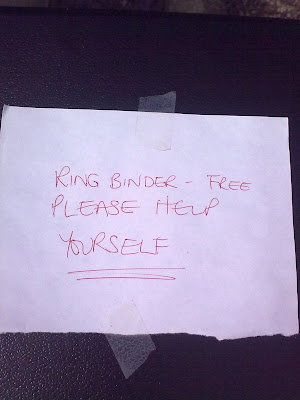 Pete Lever in the Mix:

Tom Hallmark in the Mix:

I chatted lugubriously to Pete and Tom during 'Alternate' by Langenberg. I also asked this question.

What is the name of Claude Vonstroke's label, and from which city does it operate?

I have three copies of his Fabric mix for the lucky winners. You can leave a comment in any comment box on this blog, with full contact details please, including email, or email me at corey.paul@209radio.co.uk The competion will be open until the next show, which will be broadcast on the 30.5.09 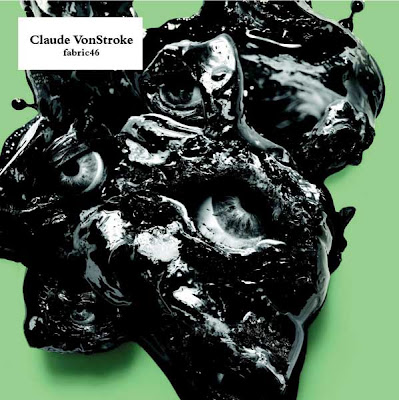 This weekend's show will feature Labour of Love Founder Pete Lever and Tom Hallmark on the decks for a guest mix. Pete will be going down mid tempo street and Tom will be playing his usual selection of ginge house. I'll also have a little chat with them and get around to playing some music myself. There'll also be a competition as I've got three copies of the new Claude Vonstroke Fabric mix to give away. Keep it locked.

Here's a few words about the competition prize.

That's not new age as in tree-hugging hippy bollocks, just as in rebranded. CVS reminds me of Derrick Carter in his approach to the mix, which is as high a compliment as I can pay. He doesn't have the big man's skills, or way with a vocal, and he does rely on a veritable smorgesbord of what's hot and hip at the moment, rather than DC's ability to literally turn shit into gold. Derrick, (I can call him that because I've met him), is the most idiomatic DJ I've ever come across, the literal meanings of the tracks building his sets having a completely different relevance in the mix as opposed to when played alone. CVS isn't quite in the same league, relying a bit more on his funky machines to do the work for him, but, like DC, he's an unashamed party starter. His transitions don't always work as well as they should on this mix, but he's obviously not afraid to take a chance, and I wouldn't be at all surprised to hear that he hadn't even rehearsed parts of this mix. I like the element of surprise when mixing. Keeps things interesting. 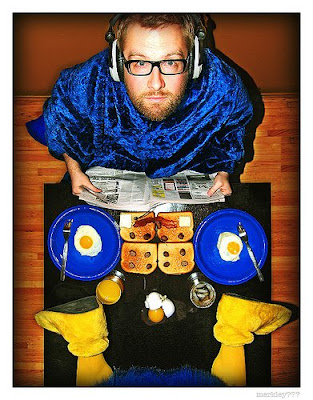 Here's a CVS mix released to promote the Fabric cd.

Link removed by request from somebody who has the right to request it.
Posted by Pollux at Friday, May 15, 2009 No comments: Links to this post 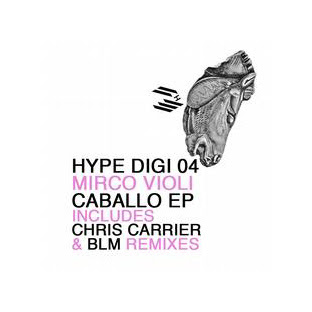 Seems like bloody ages since the last post, which is probably because it is. Still, I've been keeping myself busy in many secret ways. Here's a review I did of Mirco Violi's 'Caballo EP', on Hypercolour's digital wing for RA. 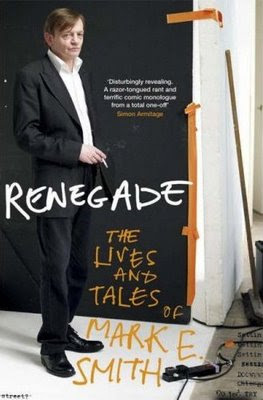 I've also just finished reading Mark E. Smith's autobiographical "Renegade." Don't be put off by any reviewers that didn't quite get what they bargained for, it's a great and hilarious read.
Posted by Pollux at Wednesday, May 13, 2009 No comments: Links to this post