Back In The Box Mixed By Global Communication 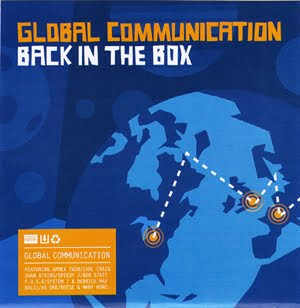 Read my review of Global Communication's 'Back In The Box' mix for Ibiza Voice here.
Posted by Pollux at Tuesday, May 31, 2011 No comments: Links to this post


Gil Scott-Heron, who has just passed away, was a crucial influence in so many ways. An amazing person who, when I first got into him, had just released 'Reflections' and, of course, 'B Movie,' one of the most politically-charged pieces of rhetoric I had heard up to that time. After hearing this I went down to New Brighton's Reaction Records and bought all the Heron they had: 'From South Africa To South Carolina', 'Bridges', 'Secrets' and 'It's Your World.' Shortly after myself and a couple of friends, Mr Clarke and Mr Hoey, made the pilgrimage to the Commonwealth Institute on Kensington High Street, From Wallasey, Merseyside, to see the man in person. Memories are very hazy but I remember it being very good, the Institute itself had a circular stage, and the Dread Broadcasting Company (DBC), provided the ambience. I think I travelled down to London for a few gigs, The Jam as well, but Scott-Heron's was seminal and very important. Like Captain Beefheart, listening to Gil Scott-Heron takes me back to music-filled days in friends, and my, bedroom(s), where we got up to all sorts of shenanigans while talking revolution and how we would bring down the Thatcher regime. Today I feel quite sad and, while not wanting to step into the realm of cliche but realising full well that it's unavoidable, feel like a little piece of myself has been chipped away. Strangely enough, one of the things I always remember about Gil Scott-Heron relates to his father, who played for Celtic in the 1950s. A strange but true fact that only adds more foundation to the mystique surrounding his son and something that must have had some sort of impact and influence on him, but what I'm not quite sure. In any case, I've put some videos of Gil up that represent the man as he still sounds in my mind. Sixty two as well. . .

Interview With The Revenge 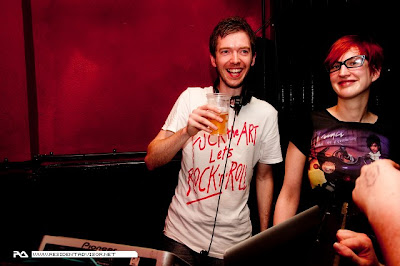 Here's a link to my interview with The Revenge for Ibiza Voice.
Posted by Pollux at Thursday, May 26, 2011 No comments: Links to this post 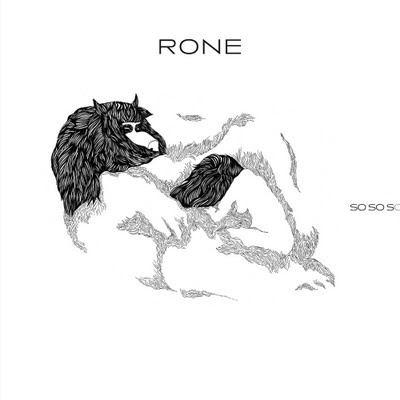 Read my Ibiza Voice review of Rone's latest here.
Posted by Pollux at Wednesday, May 25, 2011 No comments: Links to this post 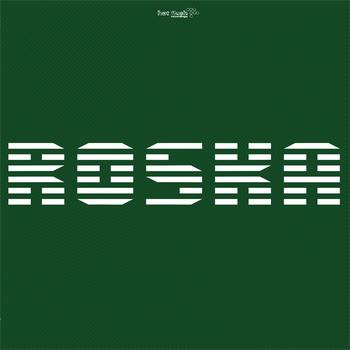 Here's a link to my recent Ibiza Voice review of Roska's upcoming debut release on Hotflush, (aside from a recent compilation contribution that is).
Posted by Pollux at Thursday, May 19, 2011 No comments: Links to this post 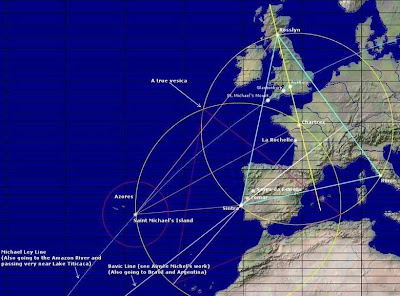 Having watched most of the Eurovision Song Contest last Saturday night, I mulled over the thought, for much longer than was necessary, of how to apply the dynamics on show to the world of house, techno and their various offspring. Also, was it in anyway possible to watch what was on show and apply any thoughts on the attitudes of those on stage to their respective nations takes on 4/4 beats. This is obviously a ramble beginning with a whimper instead of a bang, so I'll can it right now.

I suppose I'm falling into the trap that so much of the printed dance media regularly succumbs to (I'm definitely thinking Mixmag more than any of its competitors here). Trying to think of an original angle on which to write a house or techno piece and spouting overcontextualised shite instead. The thing that most used to annoy me when reading an interview with an artist I particularly liked was that only around 50% at most of what was written related to the here and now, everything else being filler and intro, all of which you could read in any interview with said artist. Is it always necessary to introduce, and reintroduce in order to hopefully purloin new fans? I doubt it. The music I write about is, unfortunately, one of extremes and is, amongst other things, the property of nerds and geeks. To back this up, there's an interesting little debate going on over at RA in response to the review of the latest release on Hot Creations "Forward Motion." The impression I've been left with is that the Jones/Foss juggernaut threatens to engulf everything in its path, and the nerds don't like it. One of the worst things about clubbing is going out to an almost excessively male-populated club, where the only girls have been roped into coming along by their boyfriends. Anything, within reason, that gets more girls to dance, chaperoned or not, can only be a good thing. "Women Respond To Bass," as was once said.

Of course it's not black and white, nor is it easy to limit such an outlook to only one place. Different countries have different attitudes to partying and clubbing. It's not as much a way of life in the UK as a lot of people would have us believe, and conversely, neither is it in many other countries. Even though Berlin, Hamburg, Munich, Frankfurt, Cologne and Mannheim have very healthy scenes or have become creative hubs, it's hard to imagine their respective activities becoming a national obsession. Holland, with The Hague, Rotterdam and Amsterdam, the UK with London, Manchester, Leeds and Glasgow, and Spain, with Barcelona, Madrid and Ibiza. Scenes that exist on a level on consciousness concealed from most of their populations, but seeking validation from the very people they often repudiate. 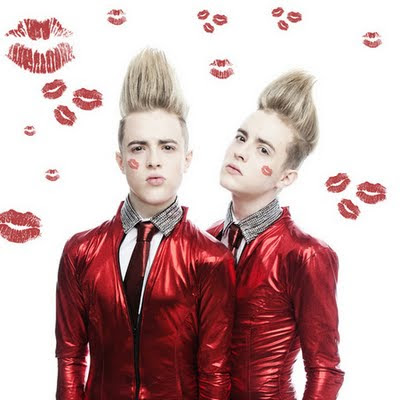 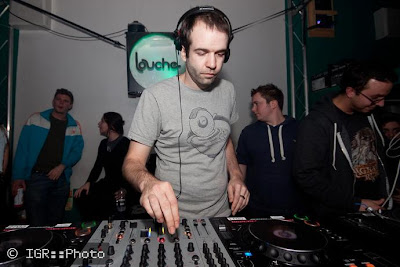 A new Matthew Styles mix was forwarded to me the other day. I have no doubt it'll be very good, but I haven't got around to listening to it myself yet, harangued as I have been by domestic duties, such as painting the house, and attending a Linton Aztecs v Aston Villa old boys game in hideously unseasonable freezing conditions. No tracklist for this at the moment, but it's hot off the press; so here's a link.
Posted by Pollux at Sunday, May 15, 2011 No comments: Links to this post 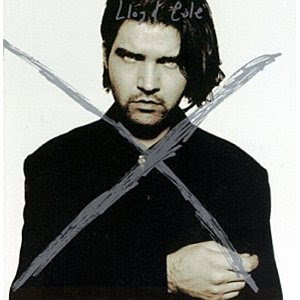 I listen to mixes, tons of them, in fact I listen to mixes more than anything else and never fail to be enthused by what I hear. I never really wanted to be in a band; all that endless rehearsing and sound checking to almost certainly play the same stuff night after night with little or no spontaneity. Of course it all depends who you are but when I think about this my mind always goes running back to two gigs from times gone by. The first was Lloyd Cole and The Commotions at The Royal Court in Liverpool in 1985 I think. The second was Sonic Youth on their "Daydream Nation" tour in Kilburn, which must have been in 1988. Anyhow, both gigs were very disappointing due to each band in question playing perfectly flawless sets obviously designed to promote a recently-released album. Sonic Youth in particular were disappointing, I was expecting it from the nervous, fastidious Cole. Sonic Youth were so disappointing that all I really remember from the gig is Mudhoney, who were infinitely better.

So it's a DJs life for me, (hypothetically at least). So much more control, variety and autonomy. With this in mind, here are a few links to some sets I've been listening to recently. Some you'll have already come across, others maybe not.

Has its moments, but could have been better and more up-to-date. Probably recorded a couple of months ago. The mailout that accompanied this has raised a few eyebrows due to Seth seeking recognition for having "mixed it live . . .in one two hour take . . " whatever that means anymore.

I'm about halfway through this as I write and so far so satisfying.

Maceo Plex at IWW, We Are Rebels, Harry Klein, Munich 5.11

Not sure of the precise date for this, I think it's a couple of Fridays ago. It's the whole night so you'll need perseverance. Don't know where Mr Plex pops up. Here's the cast

Anyway, into the unknown with this one as I haven't had a chance to listen to it yet.

Mr Ahmed is a recent addition to the permanently lubricated stable of Hot Natured artists overseen by Jamie Jones and Lee Foss. This set is perfectly in keeping with their sound and, as such, is slightly predictable, but in a very good way.

This one won't be around for much longer, so get on it. Brilliant, especially that Egyptian Lover track.

Aardvarck looks a lot like a few people I used to buy weed off back in the day. Well he is from Holland.

That's all I can be bothered with for now. In any case I've just switched on the telly and Citizen Smith's on. Haven't seen it for at least thirty years. More later in the week. I am excited.
Posted by Pollux at Saturday, May 14, 2011 No comments: Links to this post

Thought I'd get this done by the end of deadline day, ie: Saturday. Fortunately reason took over so it's seeped into May. The normal round of releases, not specific tracks. There'll be another one in a couple of weeks. 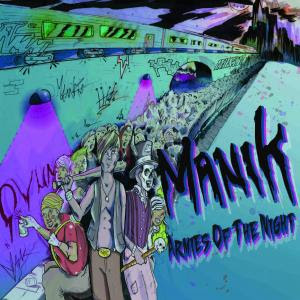 Armies Of The Night - Manik (Ovum) 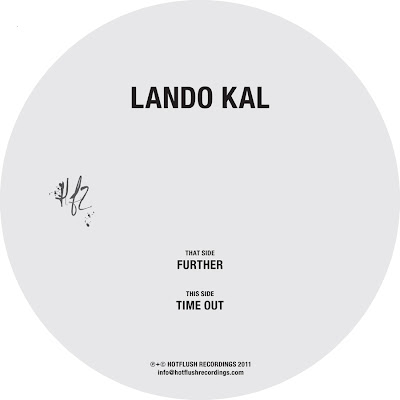 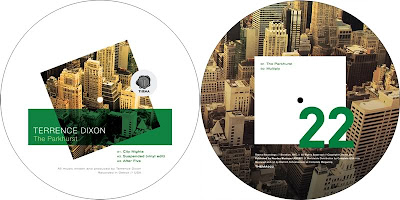 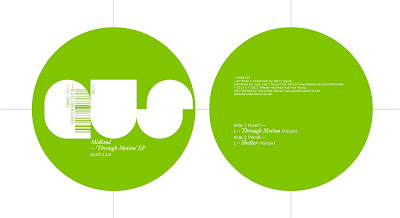 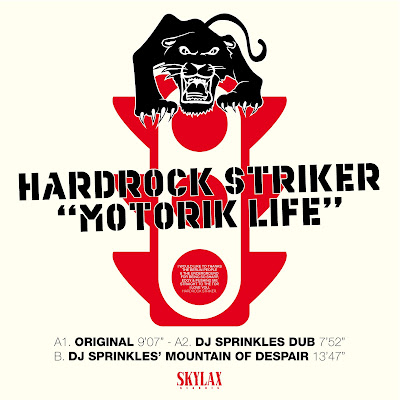 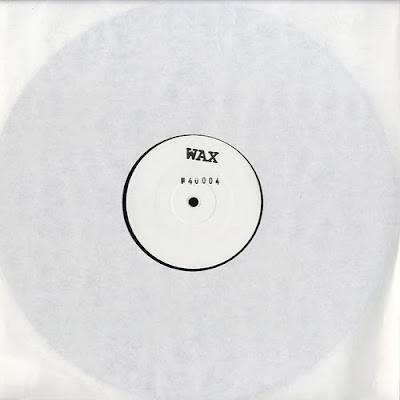 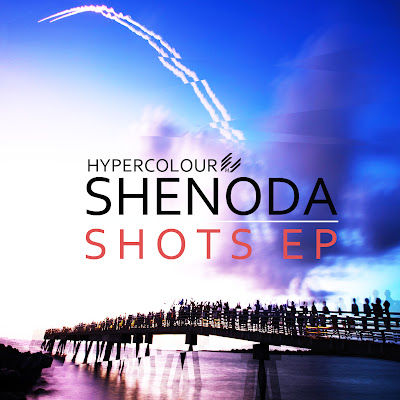 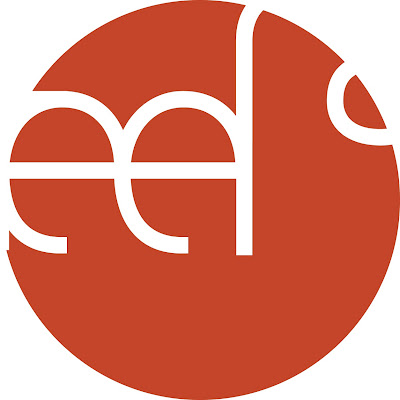 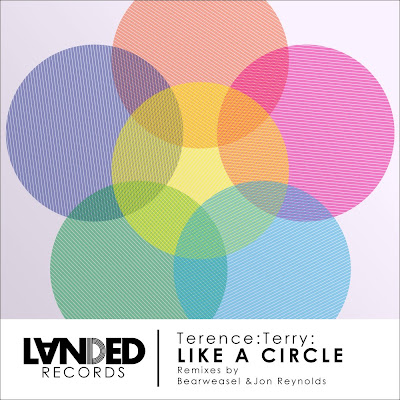 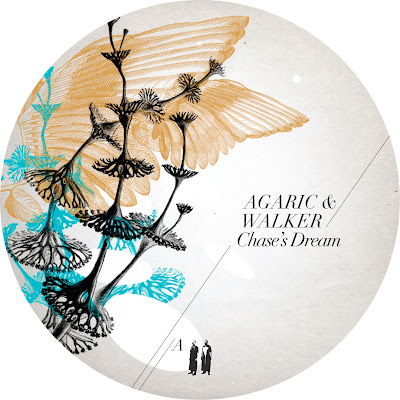 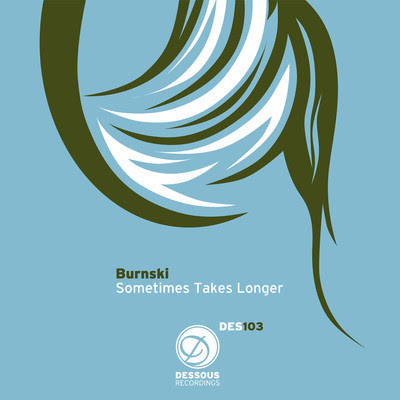 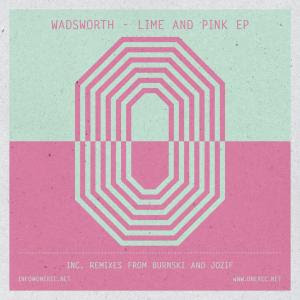 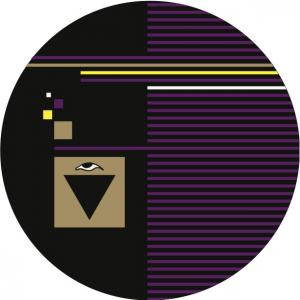 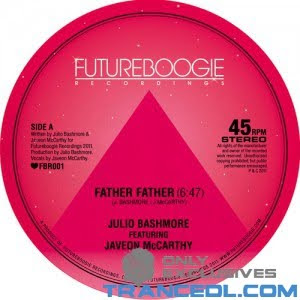 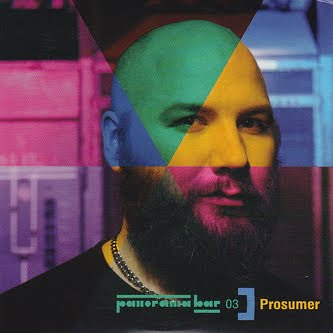 Panoramabar 03 Mixed By Prosumer - V/A (Ostgut Ton)
Posted by Pollux at Monday, May 02, 2011 No comments: Links to this post 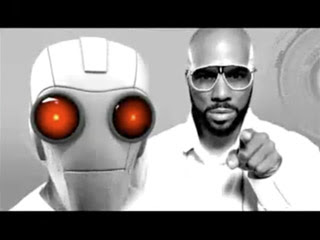 . . .of never giving a shit ever again. Anyway, here are links to two reviews that were published while I was away. The first is for 'Motorik Life' by Hardrock Striker on Skylax, and the second to Terrence Dixon's 'The Parkhurst EP' on Thema. One last day of the holidays to go, so a chart tomorrow methinks.
Posted by Pollux at Sunday, May 01, 2011 No comments: Links to this post