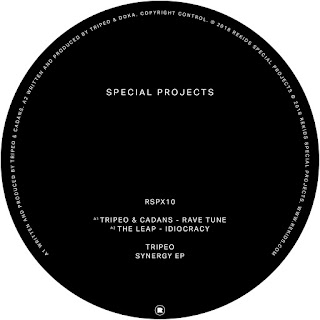 I’m a bit conflicted about stuff like this. Sure it works well but I’m not really a big room person, even though I can appreciate it from afar. This is the type of techno that permeates Joey Anderson’s recent Dekmantel Festival set, and he plays it very well, but there’s something missing, for me at least. Maybe it’s a little bit of soul? The truth is that there are a lot of nice noises here, but a lack of foundation. ‘Need for Nuance’ is eponymously my favourite here, but ‘Idiocracy’ and ‘Rave Tune’ both contain lots of positives as well. ‘Zeitgeist’ throbs when it needs to so if I sound indecisive about this it’s because I am.
Posted by Pollux at Wednesday, September 26, 2018 No comments: 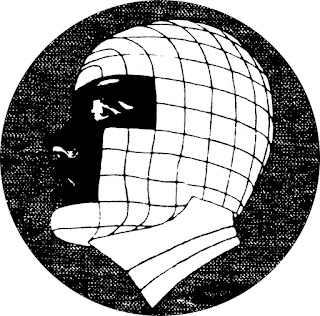 ‘Retroactive Part 2’ was reviewed on this blog a few months back, and what you get here is more of the same. The tunes here are rereleases which were scattered on various labels twenty or so years ago, and it’s a testament to Ammon Andrews’ skill as a producer that their time is coming around once more. Either that or we really haven’t made much progress and everything still sounds the same. In any case, with the exception of ‘B Boy Disco’ which is sparse, percussive and a tool, this is a lush, soulful spacey release with obvious nods to Detroit and has stood the test of time well. Lovely stuff.
Posted by Pollux at Wednesday, September 26, 2018 No comments: 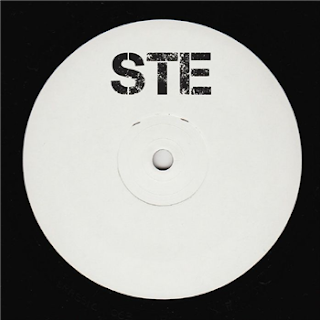 Any track that contains a monologue about psychedelic drugs always hits the spot, particularly when it’s delivered in a soporific tone. ‘White Cold’ is that track. ‘Pumpkin Seed’ also makes use of a sampled voice, but this one eponymously describes what happened when a pumpkin seed was planted. One for when the drugs take hold and you’re struggling to grasp the inner meaning of nothing. ‘Elevate’, meanwhile, makes use of a flanged Mood ll Swing shuffle and is the most forceful of this functional trio.
Posted by Pollux at Monday, September 24, 2018 No comments:

Selections from We Will Live Again - John Daly (All City Records) 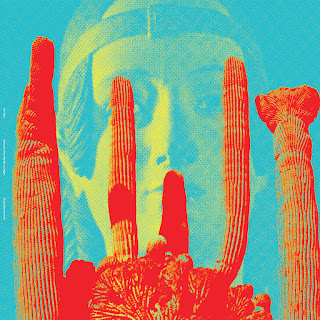 A sincere and poignant statement accompanies this release. Daly lost his father to cancer, and this music was composed during the time he slipped away. The aftermath of this event was an epiphanic time for him insofar as the importance of his father’s musical influence was concerned. Half of the forthcoming ‘We Will Live Again’ album is present on this release, and it’s a turbulent selection. Listening to bits I’m reminded of ‘Inner City Life’, especially when the vocals kick in. However, this is just a general impression. Having said that, breakbeats are the dominant motif across these compositions, as well as an occasional bass-heavy undertow. The pieces are well-realised and full of character, a reflection, no doubt, of Daly’s emotional state at the time.
Posted by Pollux at Wednesday, September 19, 2018 No comments: 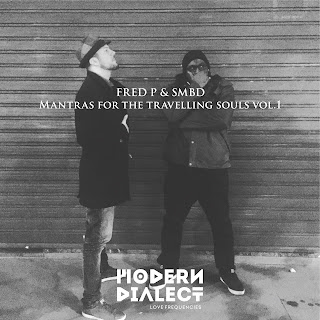 You may recoil at the mass of deep house that comes out on a weekly basis. You may also wonder what constitutes the genre, seeing a lack of depth in most releases, and then recoiling at the additional adjective “soulful” thinking it’s one too many and completely unjustified. The music under scrutiny here is of a type that links The Loft to Berghain; in which there’s sincerity, aligned with a contrasting refinement and rawness, which is dynamic, distinct and diverse. I doubt that a more vivid shade of the genre is being released at the moment. I’m reasonably well-versed regarding Fred P, not so with Simbad, who has released under the SMBD alias since sometime last year. so it would be interesting to know exactly who did what here. The ends have justified the means though, whoever is behind what.

Link to a link to an interview I did with Fred P for Ibiza Voice three years ago. 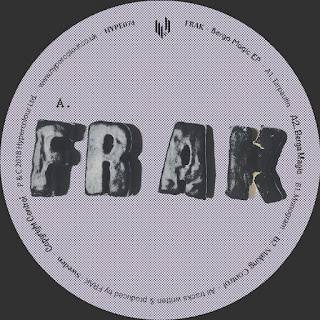 A1: Tarpaulin
A2: Berga Magic
B1: Monogram
B2: Making Control

An interesting press release accompanies this four tracker, in which Frak get compared to Devo, amongst others, as an example of performance art. I imagine this will be lost on most, but will feel comprehensive in print. Not to worry as the music is interesting enough to compensate, being a dense collage of analogue bleeps, beats and fuzz of slightly varying tempos. Both ‘Monogram’ and ‘Making Control’ fall into the concise bracket, with barely room to maneuver between the beats the space is sought through compact syncopation. ‘Tarpaulin’ and ‘Berga Magic’ on the other hand, contain more space and, ergo, more elongation. It’s six of one and half a dozen of the other here, but it’s very well realised and original.
Posted by Pollux at Monday, September 10, 2018 No comments: 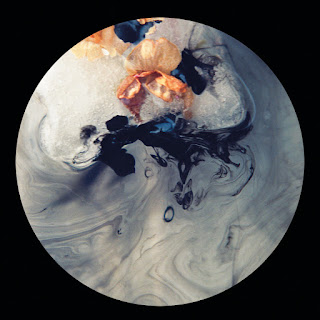 I had no idea who Ben Buitendijk is until I heard a track he did for Steve O’Sullivan a while back called ‘Promised Land’, which showed his dubbier side. He also did a splendid mix in the same vein for the Mosaic boss’s excellent mix series. (And I reviewed a past collaboration here). Well, in contrast to the Mosaic stuff, this release has a harder edge, but only really comes out all guns blazing on ‘Contamination Zone’. Both ‘Stardust’ and ‘Alternative Hypothesis’ are sparser, more minimally cosmic cuts, and owe a debt to Jeff Mills. All three tracks float on their own momentum and the production is top notch. Subtle and effective stuff. 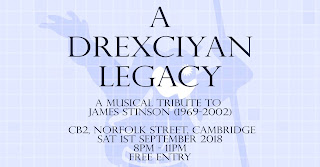 Last night Emmanuelle and me popped out and found our way to CB2 on Norfolk Street. I work in Cambridge so I parked the car where I do on a normal day; a walk of around 15 minutes between us and the bar. Mill Rd was bustling, with its many restaurants seemingly doing brisk business. Once we got towards Norfolk Street though, I was struck by how relatively quiet the area was. Not to worry. We reached the bar, got drinks and went upstairs. The room was small, cozy but, at the time we arrived, empty except for a small group on a table ahead of us, and the gentlemen controlling the proceedings. No matter. The music was great, the visuals suitably impressive and the ambience relaxing.

I chatted to Laurence Fisher, the brains behind “Motherchip Connexion” an electro night in Cambridge which puts on occasional soirees, mainly at The Man in the Moon, and he spoke as only an enthusiast can regarding the current state of play concerning his taste in music and trying to put it across to the good people of Cambridge. Under no illusions as to the size of the task regarding staging an electro night in the city, he was very friendly and good humoured, but also realistic. I’ve never attended one of the Motherchip nights, and was told that they do ok, but only really fill up for the last hour or so. When this happens they go off, but venue restrictions cut them off in their prime.

Back to last night; Laurence was joined by Eddie Symons, aka Nullptr aka Bovaflux, and while we were there the music was being played  on some sort of Traktor device. We were content to sit, sip and enjoy the infallibly good sonic treats which flooded through the speakers. The place did start getting busier and happy to say, but there was a very obvious absence of more X chromosomes. Two girls did come to the top of the stairs at one point, but then disappeared. Anyway, we only stayed for an hour and a half, and it might have got busier later on. The conversation on the next table was getting very deep at one point, with one lad earnestly asking the others if they’d red Kodwo Eshun’s ‘More Brilliant Than The Sun’, possibly as a result of me trying to explain to Emmanualle the afrofuturist references within the Drexciyan legacy. 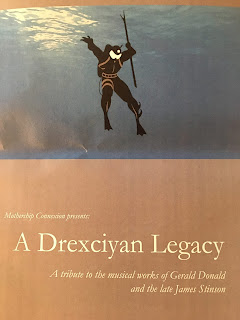 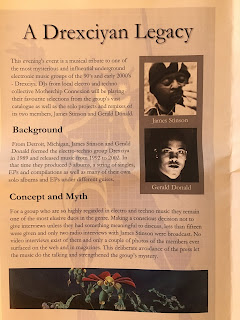 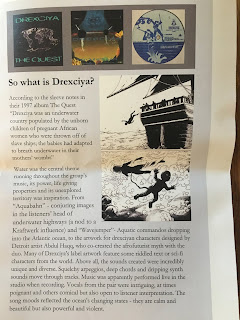 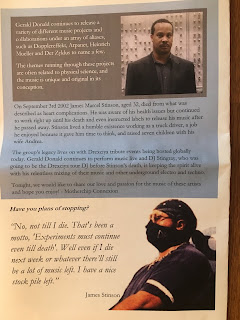 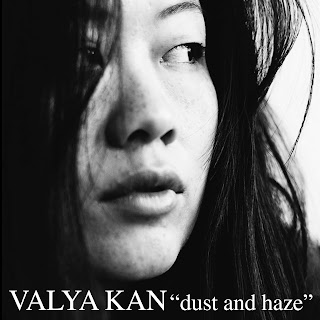 So often the concept of the album is debunked by a lack of understanding as to what it actually is. ‘Dust and Haze’ strays well clear of this and treads a careful, eponymous path through the potential conflicts between different auditory turfs in order to effortlessly rise to the occasion and demonstrate that patience is not only a virtue, but is an essential prerequisite both on the part of the artist and listener. This is a piece of work in more than one sense of the expression; it’s not a collection of highs and lows, rather a sonic smorgasbord of understatement. It clearly goes for the jugular on tracks like “Acid Hotel’ and ‘Sick’, but its power is no less potent on ‘Leave’, ‘’Machine Soul and ‘Promises’, in addition to those other compositions in which a singular sense of nuance and subtlety prevails.

Posted by Pollux at Saturday, September 01, 2018 No comments: