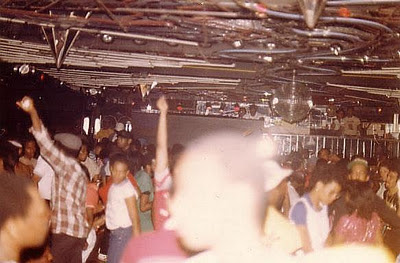 There really hasn't been much time to write recently. Most recent posts have been links to reviews on other sites, and I'm going away for a week this Friday so that'll mean more dead air. At the very least I can hopefully point some of you in the direction of some good recent mixes. Some I've listened to, some not, so you'll have to take those on approval. I'll have much more time to listen to more mixes now though as the Mrs bought me one of those excellent IPod adapters for the car. You know, the ones that lock into a radio frequency and play the music through it. Wonderful what they can do nowadays innit?

So lets start with something that I've literally just come across. So fresh in fact that I didn't know of it when I started this article. It's Raiz at Berghain on the 5.7.11. Here's the link and I'm prepared to give this the benefit of the doubt because of the artists pedigree, the location and the comments from the listeners. Superficial? Maybe, but I'm sure it's worth it.

Next up here's an hour of Steffi live at the Boiler Room last month. One of the best around doesn't disappoint. I was cooking dinner most of the tkime while listening to this last night but I'm sure she got stuck into some dubstep as the hour draws to a close, or maybe it was the noise the central heating made as the pipes rattled when I turned it on for the first time this year.

Smear contribute the latest installment to the Electric Deluxe podcast series. You can grab that here. There's also an interview on the same site which you can read here.

The latest in the very good Louche podcast series is a set from Tama Sumo. Again, this is another one I haven't got around to listening to yet but the tracklist looks interesting enough:

You can grab that here and subscribe to the whole series here.

Saarbrucken's finest, Roger 23, is always worth a listen, and he contributes the latest in the series of podcasts for Russia's Mixmag Info. Follow this link to download and for a q & a.

Head over to ASC's blog for the first in the 'Auxcast' podcast series. This is the tracklist so far, according to some forumite over at RA:

At first glance it seems a bit fluffy, but that may be because I'm being unduly influenced by the inclusion of one Cocteau Twins track, the titles of which are enough to bring me out in a rash. Link here.

FACT is on a roll right now. Serious stuff from Appleblim, Morphosis and today Raime. Each of these can be downloaded from here. The Morphosis one really is a trip.

Clara Moto, who's made her name through her output for Infine, has contributed a fine mix for Fabric you can find that here. Also on the same page is a mix from DJ Three. His mixes used to be quite common but are now as rare as hen's teeth. Here's the second part of a mix recorded in Chicago in the summer. Last but not least on the Fabric page is a mix from the godlike genius that is Legowelt. Get that here.


Finally here's a nice house mix recorded in Venezuala last spring. It's in two parts and comes courtesy of the Pack Up And Dance crew. Only problem is that it doesn't have a download option. If you like it, badger him a bit. Link here.
Posted by Pollux at Monday, October 17, 2011