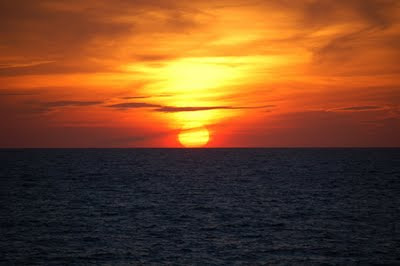 It's been a while since I've written a post detailing what I've been listening to lately, so here we go. Apart from the monthly chart, which could be a lot more precise, I listen to tons of stuff. Mainly mixes from all and sundry. It's been difficult recently to keep a focus musically so I'll just concentrate on the electronic dm end of things and we'll see where that takes us.

This year has been one of the best yet for Essential Mixes. Pete Tong's rather irritatingly stilted middle-aged bordering on teenage quack still pervades but as his show still proudly trumpets, it's still one of the best, whichever way you care to look. The previous post of convoluted quackery mentioned the very prescient fact that more than for a very long time, sounds are becoming homogenised and the underground is rapidly being consumed by the dark forces of acceptability. Having said that you can't argue too much with a lot of what's passed through Tong's scaly, lizard-like hands recently. The Jamie XX mix from last weekend being a good example. In spite of Mr XX's constant flavour-of-the-month leanings, it's actually a very listenable mix. Get it here. The Jamie Jones half of the Ibiza mix a couple of weeks earlier is also very nice. You can find that here. Stacey Pullen, one of my favourite all-time DJs (I'll never forget one sweaty e'd up night at The Rex in paris) contributed his second installment. Download that here. Download his first, from February 1996 here.

The FACT mixes are always worth a few minutes of your time, if not to judge them by their covers and slag them off before even listening. I've got a few lined up from this month but haven't got around to any of them yet, and if I'm really honest I can't remember the last one I really liked, so there. Get The Curse has a few interesting podcasts to discover, the last two, by Danny Daze and Burnski should be good (as you can tell I haven't got around to them either). Magda, who has always kept her head above the rest of the Minus camp, turned in a goodie for XLR8R recently, while Eric Cloutier showed off his skills during half of John Osborne's TAANSTAFL radio show, as well as contributing a podcast to Evad's Mixture blog. There are a lot of mixes from the blog owner there too, which is nice . . .Rounding off this paragraph in a very comprehensive way is Aesthetic Audio's head honcho Keith Worthy and his recent barnstorming selection for Mnml Ssgs.

I've been listening to a lot of Rinse FM podcasts recently, but mainly those from Alex Nut and Ben UFO, but haven't been able to download any from the last week or so, they seem to be suffering from post-carnival ennui. Ben UFO has a Rinse cd out next month, which you probably already know about, and Scuba has a DJ Kicks cd out soon too, which you maybe didn't.
Posted by Pollux at Wednesday, August 31, 2011