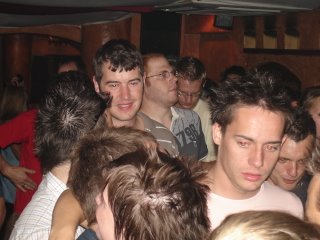 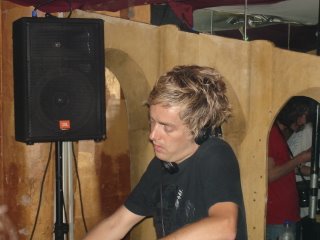 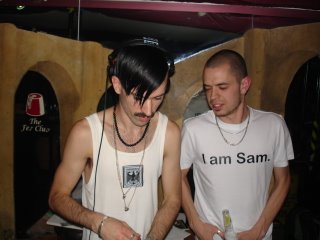 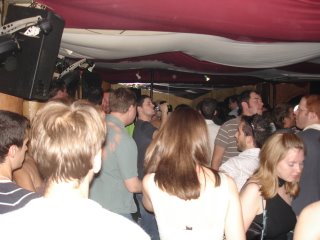 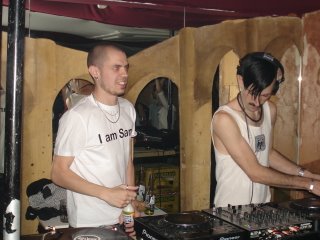 So, I finally went to the Fez last Thursday. Sam and James from the Priory were playing supporting Adam Freeland. I had work the next day, so didn’t make it to the end, but enjoyed myself while I was there. What to say, good, lively crowd for a Thursday night but more to the point good club and sound. Sam and James played till midnight and then came Adam Freeland. To call him a breaks dj would be missing the point I think. He’s a meticulous set programmer and encompasses a lot more than most. Anyway, I liked him and I’m not a great breaks fan, so you get the point. I also heard he got married last week in Ibiza, so congrats!


The latest episode of “Machines Are Funky” was aired to the world last night from 209 Towers in the heart of Cambridge, and once again I found myself on the receiving end of some technical problems. I must be a jinx. I’d decided to do a mix for the second hour which, in the end, only lasted about forty minutes because the clutch went on the remaining Numark deck, the other one having gone during another one of my shows a few weeks back. I noticed a lack of control with the offending article as I was mixing in my second track but managed to keep things together until the power cut during my penultimate tune. As luck would have it this happened during a breakdown which mimics the effect of a record slowing to a standstill (something I fondly recall Laurent Garnier often doing when I used to go and check him at his monthlies chez The Rex). I picked my spot and cued the last track in.
Listen to the archive here.

Oh, and next month Erol Alkan’s coming to town for the Priory. Better report and pictures will ensue, plus I’m going to try and get an interview.

Here’s the playlist for Saturday’s show:

Back to being Smashey and Nicey: