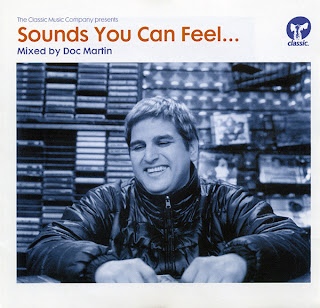 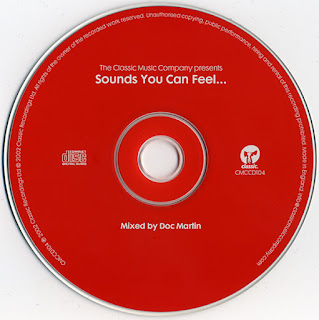 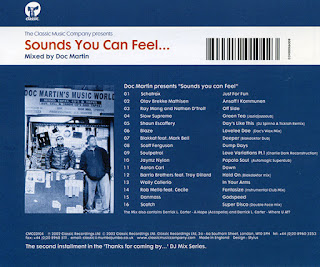 Released in 2002, the first full year I spent living in Cambridge, and like all essential purchases I can remember making it quite vividly. I bought it from Jay's Records on Burleigh Street,  a huge space which sadly shut down a few years ago now to make way for that blandest of retail outlets, the pine furniture shop. Anyway, I bought Classic releases on sight, and this release has the distinction of being the only mix cd they had licensed which wasn't solely composed of the label's own output. It's a pretty superlative selection too. Not one which I'd necessarily have gone for had it been on another label either. Relatively eclectic within the four four framework, apart from the Schatrax opener it seems to be all nu disco during its early stages, but it's all about the pacing. Norway features strongly, and there's an early Lindstrom contribution in the shape of 'Green Tea' . . . New York house veteran Jaymz Nylon appears, as does Aaron Carl with his ode to blow jobs, 'Down' and Doc Martin sprinkles his remix dust liberally over the set. His Wax Mix of Blaze's classic 'Lovelee Dae' is the first track to start taking things a little bit higher, it's aided by his and Mark Bell's 'Blakdoktor Dub' of 'Deeper' by Blakkat, and towards the end of the mix, again introducing a change in tempo, he chimes in with the Blakdoktor Mix of 'Hold On' by The Barrio Brothers Feat. Troy Dillard. There's only one glimpse of the classic catalogue, in the shape of 'Fantasize (Instrumental Club Mix)' by Rob Mello Feat. Cecille. I prefer the vocal, but the instrumental is right for the time and place.

All in all an excellent mix, which leaves me wondering why Classic didn't release any more non-label related sets. Probably too expensive and and pain in  the arse to license. Amazed that neither Derrick Carter nor Luke Solomon bothered. The label was instrumental in breaking the likes of Isolee and Markus Nicolai in the UK, and Solomon's A&Ring veered to the slightly off-kilter and experimental, so it's a pity the opportunity to maybe compile some of the more left field house sounds of the time wasn't taken up, but I'm sure they had their reasons. Anyway, I'm sure you all know that Classic is very much a physical imprint once more, and that they are releasing mixes, their "Seen Through The Eyes Of . . ." series. These are label-only offerings however. The latest is from Horse meat Disco resident Severino and came out last autumn. Last year Matt Tolfrey was at the helm, but his compilation was just released digitally.
Posted by Pollux at Saturday, December 29, 2012